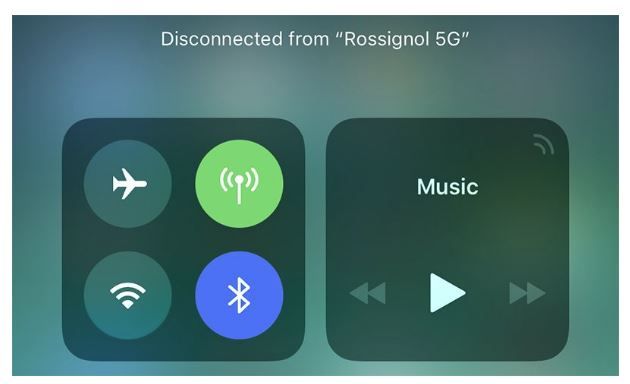 MacRumors reports today that the Electronic Frontier Foundation (EFF) has published an article that is critical of the redesign of Apple’s Control Centre in iOS 11, stating that the Wi-Fi and Bluetooth toggles are misleading and compromise the security of the user.

Here’s some of what the EFF had to say on the matter.

“When a phone is designed to behave in a way other than what the UI suggests, it results in both security and privacy problems. A user has no visual or textual clues to understand the device’s behaviour, which can result in a loss of trust in operating system designers to faithfully communicate what’s going on. Since users rely on the operating system as the bedrock for most security and privacy decisions, no matter what app or connected device they may be using, this trust is fundamental.”
Click to expand...

The EFF said that this “loophole in connectivity” could leave users vulnerable to attacks, and links to a white paper that reveals zero day security holes in modern Bluetooth stacks.

As far as solutions go, the EFF says that Apple should at least ensure that the Control Center toggles off until the user decides to toggle them on again, not automatically.

I agree, toggle off

Yeah, and if toggled on but not connected to a device, gray out the Bluetooth icon.
Like it used to be.
You must log in or register to reply here.

iOS 6 Causing Wi-Fi Problems For Some