The Verizon iPhone 4 Review Round Up 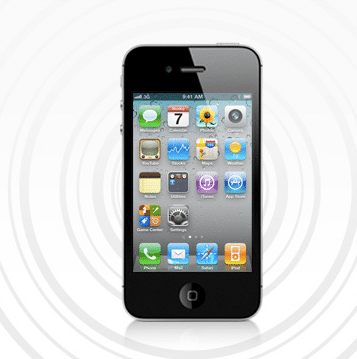 So the big question since the announcement of the Verizon iPhone 4 is "How does it compare to the AT&T version". Well, the reviews are in and you might be a little surprised with the results. The Verizon iPhone wins hands down when using the device as an actual phone. Drop calls? What drop calls? There have been no reports of drop calls and the voice quality might even be better. The new redesigned iPhone 4 antenna and CDMA network seem to be a great combo for signal strength. While the Verizon iPhone gets an A+ for being a great phone to talk with, retrieving data from the network is where the AT&T GSM phone appears to shine. Macworld noted the Verizon iPhone 4's internet connection immediately dropped upon receiving a call. All Things D mentioned that "AT&T's network averaged 46% faster at download speeds and 24% faster at upload speeds" and Engadget agreed by saying "data rates on the Verizon iPhone 4 we tested were dramatically slower than those on its AT&T counterpart". This is only a temporary problem though, as Verizon is currently revamping their network to support 4G/Lte. For now, AT&T is still the clear winner when using the iPhone as a mobile handheld computer. Here's a look at some more quotes from around the web:

Macworld
- "With a few minor variations, it looks, feels, and works just like the AT&T iPhone 4"
- iOS 4.2.6
- Good distance on mobile Hotspot
- "if you're using the Internet and your phone rings, your Internet connection immediately drops"

All Things D
- "the Verizon model did much, much better with voice calls"
- "AT&T's network averaged 46% faster at download speeds and 24% faster at upload speeds."

Engadget
- "Calls were consistently connected and uninterrupted, far more often than our AT&T calls in the same time period in similar locations."
- "data rates on the Verizon iPhone 4 we tested were dramatically slower than those on its AT&T counterpart."
M

will tell you in about a week about the data speeds...I've ordered my verizon Iphone and I'm using ATT Iphone at the moment
D

I've been a Verizon customer for over 10 years, and the connectivity on calls has always been outstanding. It's no surprise that folks are saying the same thing about Verizon's iPhone. Mine's supposed to be delivered on Monday so I'll let the forum know. ;-)

see all this dropped calls crap was not the iphone 4 it was att!!! and all those ppl where complaining of death grip and blaming apple!!
J

Sorry, the "death grip" was still an issue

dropped internet while making calls? if i was in america i would stick to att
You must log in or register to reply here.

Does the Verizon iPhone 4 Have a Death Grip Problem?

Verizon CDMA iPhone 4 All You Need To Know