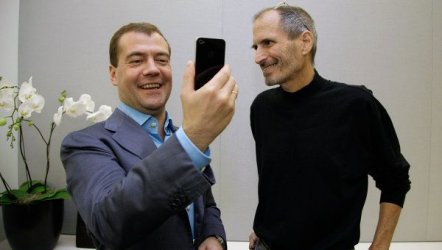 In some countries, it is pretty hard to buy a new iPhone for a good price. Such is the case with Russia, where Apple's new iPhone 5c and iPhone 5s models might have some trouble gaining traction because of the high price.

According to IDCs analyst Simon Baker who spoke with Bloomberg, Apple is currently selling the iPhone 5c for $800 in Russia, while the iPhone 5s retails for around $960. Baker said:

"if Apple really wants to compete with Samsung [in Russia], it should've come up with a much lower price for the 5C."
Click to expand...

The reason why the iPhones are so expensive in Russia is because the country strictly interdicts carriers from offering subsidized smartphones. Apple is losing a lot of consumers because of this as it has only a 8 percent market share in Russia.

that so expensive in rusia and i'm sure the price won't be cheaper in indonesia, by the way iphone 5 16 gb in indonesia is about $750 now. is that good price? although i know that's a good iPhone ever.
You must log in or register to reply here.

iPhone 5C Set to Give T-Mobile a Huge Sales Advantage

The iPhone 5s is the no.1 selling smartphone at all U.S carriers