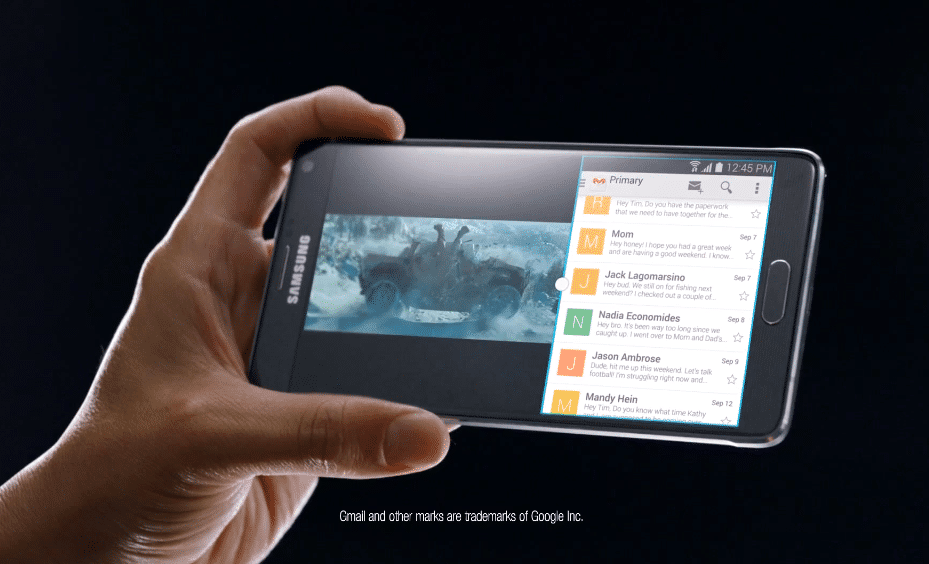 Over the weekend, Apple competitor Samsung started airing a new TV ad for the upcoming Galaxy Note 4. The ad titled "Then and Now" shows off some of the phablet's features, along with taking a few shots at Apple.

The Note 4 ad mentions how Samsung has been making phablets for years and how Apple is trying to imitate the Note line with the iPhone 6 Plus. "Now it's (the Note 4) is not being dismissed by competitors... it's being imitated", that ad says while displaying a BGR article titled "The truth hurts, Apple fans: You can thank Samsung for your big new iPhone displays".


Apple is no stranger when it comes to shot fired by Samsung. The South Korean company likes to release TV spots almost every time Apple announces a new device, claiming that its product is better than Apple's.

iPhones Will Sell 10 Units to Every One Galaxy Note 4, Claims Analyst