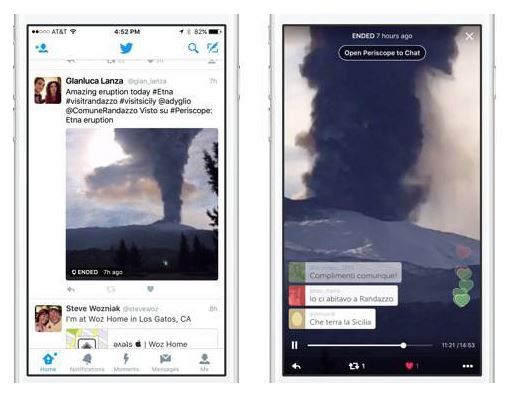 ​
AppleInsider reports that Twitter has announced that users of the iOS Twitter app can now view streaming Periscope videos directly in their timeline without having to switch over to the Periscope app.

Other Periscope features introduced include being able to view videos in fullscreen mode, as well as the ability to view comments and “hearts” from other users. If you want to actually post a comment yourself on Periscope you will still have to switch to the Periscope app in order to do so.

As AppleInsider notes, this is a smart move from Twitter as it means that a much larger audience will now be viewing Periscope content than previously.

The feature is currently an iOS exclusive, but should expand to Android and the web version of Twitter soon.

Source: Twitter brings Periscope video streams into iOS users' timelines
You must log in or register to reply here.