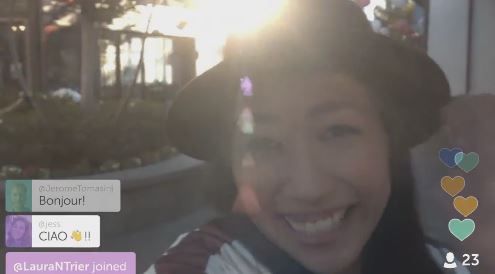 Twitter for iPhone and iPad has today added livestreaming broadcasts directly from the app, a result of Twitter’s acquisition of Periscope back in 2013, writes 9to5 Mac.

It’s pretty simple to use, all you have to do is compose a Tweet and then look for the new “Live” button, which will be rolling out to Twitter users everywhere from today. Tap the button to arrive at the pre-broadcast stream, then frame your shot and when you’re finally ready, press “Go Live” and you’ll be broadcasting live on Twitter.

The live steam is in fact a Periscope stream, so the content that you’re broadcasting will actually be viewable on both Periscope and Twitter, but you don’t have to have Periscope installed in order to be able to stream, or watch, the Twitter live videos.

During your live broadcast, viewers will be able to post comments and also send hearts to the streamer to show that they like what they’re seeing.

https://blog.twitter.com/2016/go-live-on-twitter
You must log in or register to reply here.