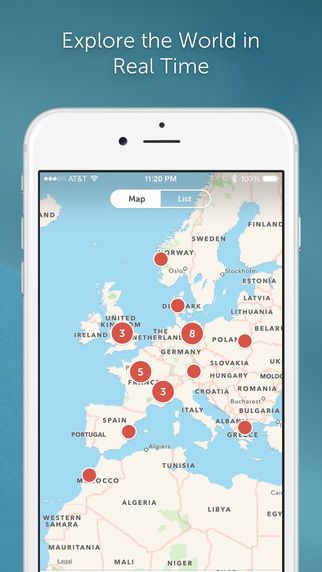 Periscope is a live video streaming app for iOS and Android which was purchased by Twitter for a reported $100 million in March 2015. At the end of the same month, Twitter officially relaunched the application on iOS under its own App Store account.

After a successful launch among iOS users, the app now features a map view, allowing users to find new streams based on location instead of a list. The new map view should make it easier to follow breaking news events and find streams just in the areas you're interested in. Here's how the official changelog of the new version sounds like:
Source: iTunes
You must log in or register to reply here.