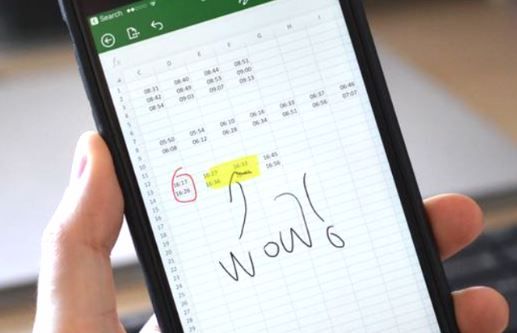 9to5 Mac reports that Microsoft has finally added support for handwritten or hand-drawn annotations to the Office app for iPhone, which has already been available on the iPad Office app for almost a year.

The iPad version of Office also supports the Apple Pencil, but as this is not available for iPhone you’ll only be able to use your finger to write or draw in the Office apps on your iPhone. In order to use the new feature on your iPhone, all you have to do is select the new “Draw” tab, which is accessed via the Home menu. When you do so, you’ll also be able to choose from Pen, Highlighter, and Stroke Eraser options, and also select the thickness and colour that you require when you select Pen or Highlighter.

All three Office apps (Word, Excel, and Powerpoint) can now be updated via iTunes.

Also included in the Office update is the ability to store and access your documents via Citrix.

Source: A year after iPad, Microsoft Office brings hand-written annotations to iPhone apps
You must log in or register to reply here.

Microsoft Office Said to be Coming to iOS in November