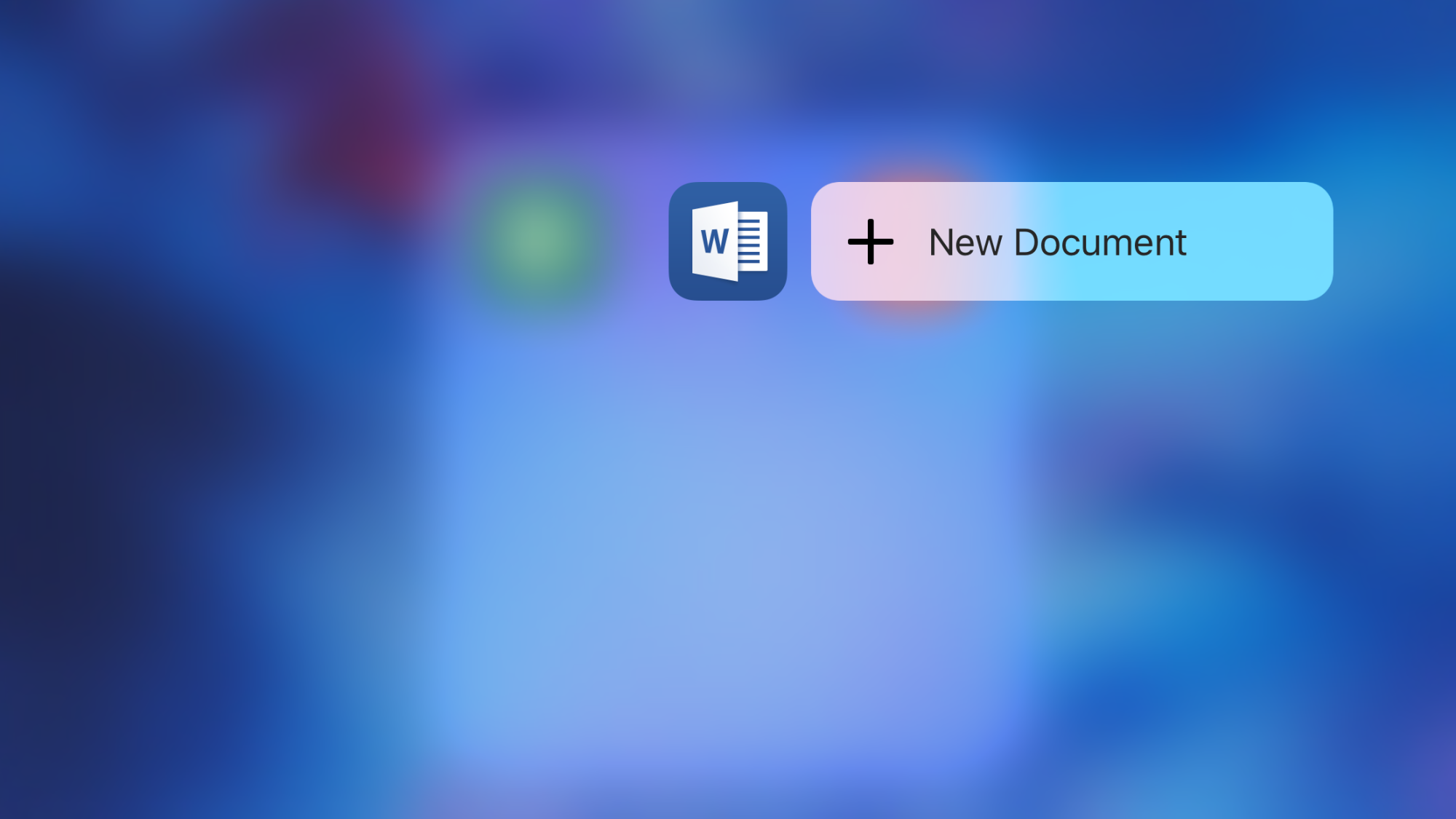 Microsoft has released a fresh update to its Office for iOS suite, adding 3D Touch quick actions to Word, PowerPoint, and Excel for iPhone 6s and 6s Plus users as well as Apple Pencil integration on the iPad Pro. Furthermore, the latest versions of the Office suite also improves document search on iOS.

Word, PowerPoint, and Excel each now feature 3D Touch shortcuts from the app icon on the Home screen when deep pressing with the latest iPhones. Thus, it's now possible to quickly create a new document, presentation, or spreadsheet as soon as you launch the app.

Office for iOS is also taking advantage of iOS 9’s new Spotlight search feature, allowing you to pull down or swipe to the left of your Home screen and search for files saved in Office.

Furthermore, the Office for iOS apps have been updated to fully take advantage of Apple Pencil input on the iPad Pro with a new ‘annotate with ink’ feature. The new versions of Word, PowerPoint, and Excel also make it possible to download additional fonts and PowerPoint now lets you apply the morph transition to multiple objects.