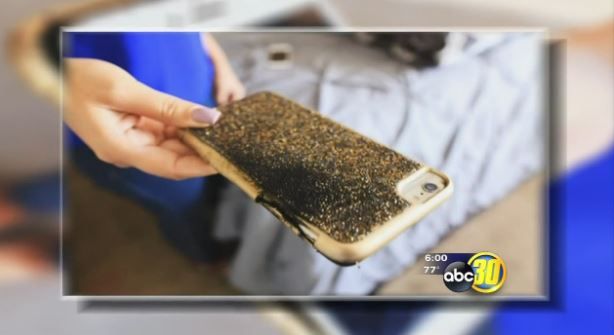 With Samsung reportedly halting all production of its exploding Galaxy Note 7 phablets after even the "safe" replacements were found to be exploding, the media’s attention has also turned to the much rarer incidents of exploding iPhones. BGR writes that Apple is currently investing reports of two iPhone 6 Plus models exploding.

The most recently reported example was owned by Yvette Estrada, who told ABC30 that her iPhone 6 Plus exploded and burst into flames for no reason at all in the middle of the night. “I heard a sizzling, then we heard the pop and the whole fire was coming out of the screen,” said Estrada.

The explosion caused a small fire that was doused when Estrada’s husband threw the phone in the sink. “What if this would have been underneath my pillow or if I was on the phone?” said Estrada. “My face would be burned. Hopefully they can fix this, and they can compensate my new phone or do something for me because they have to do right.”

As well as investigating the claims, Apple has also offered Estrada a new stand for her Apple Watch, a charger, and a replacement iPhone 6 Plus. Apparently she was offered an upgrade to the iPhone 7, but was told that she’d have to pay for it. And this is also a cautionary tale, as due to the fact that Estrada did not back up her phone, she lost all the contents that had been on the phone, including photographs of her children.

Source: Apple launches investigation as another iPhone goes up in flames

I think this is just Samsung faking reports trying to take some of the attention away from their own fiasco, it's called damage control.
You must log in or register to reply here.

Another iPhone 4 Reported to have Caught Fire in Brazil