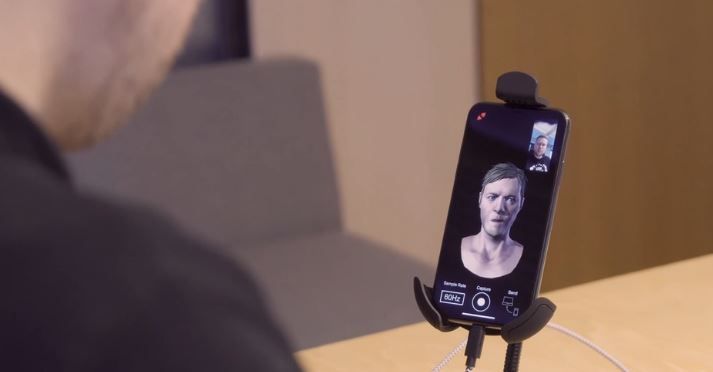 The Verge reports that Finnish developer Next Games, which is currently working on the forthcoming Walking Dead mobile game, The Walking Dead: Our World, has been using the iPhone X’s TrueDepth camera to record facial movements and then use them to animate the facial features of the characters in the game.

Next Games’ creative director, Mikael Achren, was shown on video demonstrating to The Verge how he used the iPhone X front-facing camera to capture real-life facial movements, before then transferring the data to the Unity game engine on his laptop. He was then, almost instantly, able to show how the same facial expressions that he had just recorded were used in an animation of The Walking Dead’s Daryl in the game engine.

Next Games is also using the iPhone X TrueDepth camera for a player-facing social feature in the game whereby Our World players can record animations of in-game zombies and then share them with other players. The feature is currently iPhone X exclusive, of course, as only the iPhone X has TrueDepth camera technology, but should the rumours be true about all 2018 iPhones getting the technology, it should be playable on those other new phones as well before the end of the year.

Source: The iPhone X could make realistic game avatars a lot easier to make
You must log in or register to reply here.