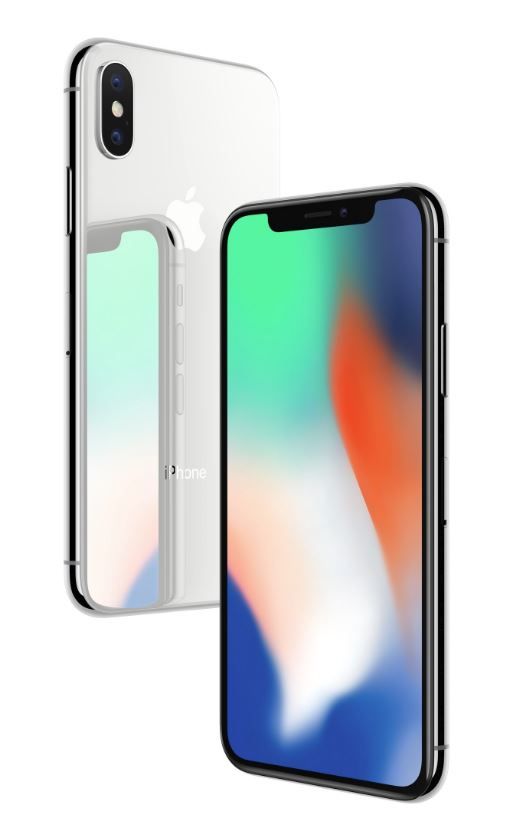 Just as expected, Apple today announced its flagship OLED iPhone, the iPhone X, at the inaugural event at the Steve Jobs Theater in Apple Park, Cupertino. While the surprise had been spoiled by leaks over the weekend, the reveal was no less thrilling when it eventually happened.

Introduced by Apple CEO Tim Cook, who then handed over to Apple’s senior vice president of Worldwide Marketing, Phil Schiller, for the in-depth look at the new phone.

Boasting an all-glass design with a 5.8-inch OLED display that Apple calls “Super Retina,” the iPhone X has an A11 Bionic chip, wireless charging, and dual optimal image stabilization for the rear camera.

The phone is unlocked using the new Face ID technology via the new TrueDepth camera system, which is housed in what everyone was calling “The notch” up until now. No wonder Apple was so determined to keep the notch!

“iPhone X is the future of the smartphone. It is packed with incredible new technologies, like the innovative TrueDepth camera system, beautiful Super Retina display and super fast A11 Bionic chip with neural engine,” said Schiller. “iPhone X enables fluid new user experiences — from unlocking your iPhone with Face ID, to playing immersive AR games, to sharing Animoji in Messages — it is the beginning of the next ten years for iPhone.”

“For more than a decade, our intention has been to create an iPhone that is all display. The iPhone X is the realization of that vision,” said Jony Ive, Apple’s chief design officer. “With the introduction of iPhone ten years ago, we revolutionized the mobile phone with Multi-Touch. iPhone X marks a new era for iPhone — one in which the device disappears into the experience.”
Click to expand...

iPhone X will be available in silver and space gray in 64GB and 256GB models starting at $999. Pre-orders being on Friday, October 27, with availability on Friday, November 3.

Stay tuned for an in-depth look at iPhone X's new features, as well as all the other announcements made by Apple today.

Can't wait for October 27th to order! At least it's on a Friday this time. I can easily stay up late on a weekend night
OP

4Nines said:
Can't wait for October 27th to order! At least it's on a Friday this time. I can easily stay up late on a weekend night
Click to expand...

If I'm working on a pre-order night, I just take my coffee break at the right time. That's how I got my Apple Watch on release day.

Can’t wait to see how fast an accurate the facial ID is.

Maybe you can get a good trade in for your current phone and have them do the monthly billing on the rest?

4Nines said:
Maybe you can get a good trade in for your current phone and have them do the monthly billing on the rest?
Click to expand...

You'll likely have to pay the VAT when you bring it back, negating much of the savings.
D

I've just found that IphoneX will have the option of 3d scanning. Edited says there would be a special application or what... As I understood phone's camera will be used as a scanner.

Moderation notice: This post has been edited by the iPhoneForums staff in accordance with the Forum Rules iPhoneForums.net Forum Rules - Please Read and Respect our Rules No External Links
Click to expand...

YourGirlsDad said:
I've just found that IphoneX will have the option of 3d scanning. Edited says there would be a special application or what... As I understood phone's camera will be used as a scanner.
Click to expand...

The 3D scanning is used in the new Face ID system to unlock your iPhone as well as to animate the new Animoji in iMessage.
Last edited by a moderator: Sep 13, 2017

The iPhone x I like only fac id detection feature that's awesome features in this phone.
P

Wish there was a way you could review the phone before you purchased it. At least see it in person like everyone at the event did.
You must log in or register to reply here.

All the Facts About the Revolutionary iPhone X Face ID System