The Return of Tamagotchi on Apple Watch 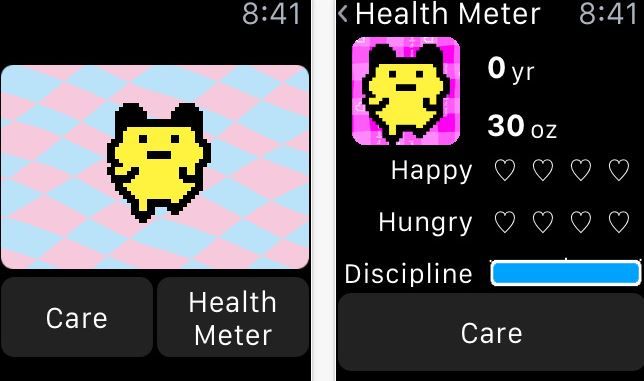 Phone Arena reports that the arrival of the Apple Watch has led to the resurrection of one particular nineties craze, the Tamagotchi.

You might remember that back in the nineties, Tamagotchi were tiny electronic pets that lived inside an egg-shaped device that you had to care for by feeding them “food”, as well as playing with them and cleaning up their mess.

Controls were very simple, requiring just a few button presses to tend to your pet, which often proved to be very demanding, constantly beeping in your pocket and demanding immediate attention.

Such simple controls lend themselves to the Apple Watch, something that the game’s makers, Bandai, have obviously realised, as they have now released a new Tamagotchi game to the App Store for Apple Watch, iPhone, and iPad.

Click here to download the game for $0.99 and start looking after your little Tamagotchi! Tamagotchi Classic - The Original Tamagotchi Game on the App Store on iTunes

Source: Remember the Tamagotchi Well it s back for the Apple Watch
You must log in or register to reply here.

My Tamagotchi Forever Out Now