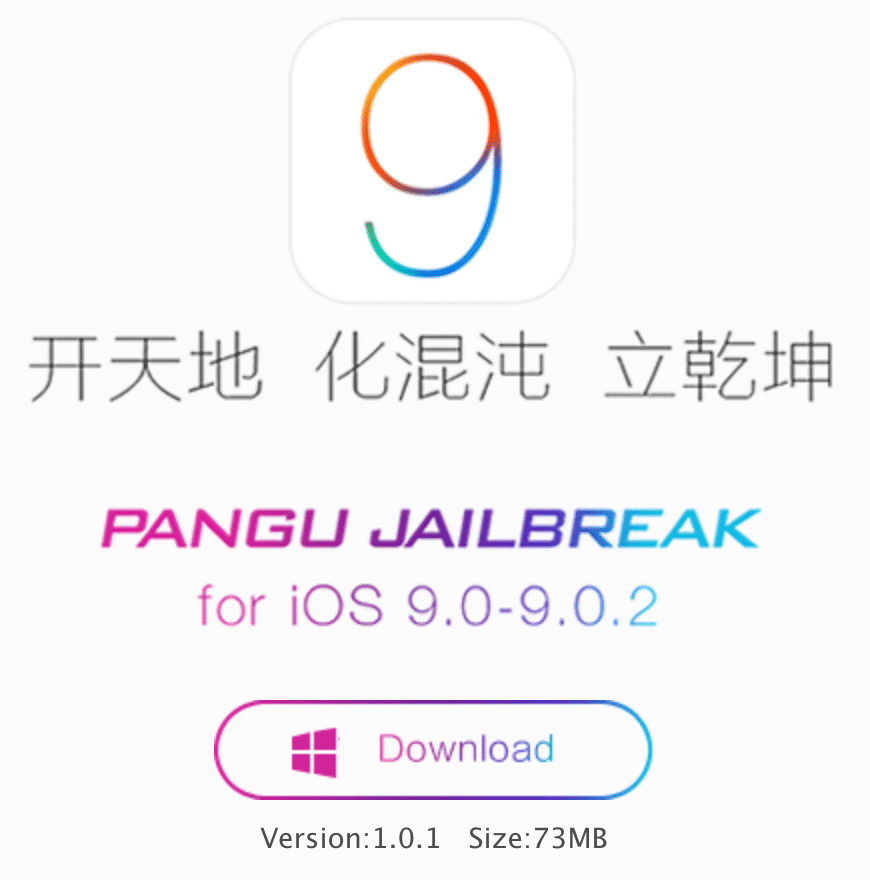 Yesterday we saw that the Chinese team Pangu released an untethered Jailbreak for iOS 9 - iOS 9.0.2. The release came as somewhat of a surprise, supporting for the latest iPhone 6S and iPhone 6S Plus.

As with any new release there will always be something to fix. On Thursday, the Pangu team released an update to the Jailbreak tool for Windows with fixes for several issues.

Here's the change log for the Pangu 1.0.1 update:
Currently the Pangu tool is only available for Windows users, but Mac users can easily Jailbreak using virtual machine apps like Bootcamp. We expect that team Pangu will continue to update its robust Jailbreak tool and hopefully release an update for iOS 9.1
You must log in or register to reply here.