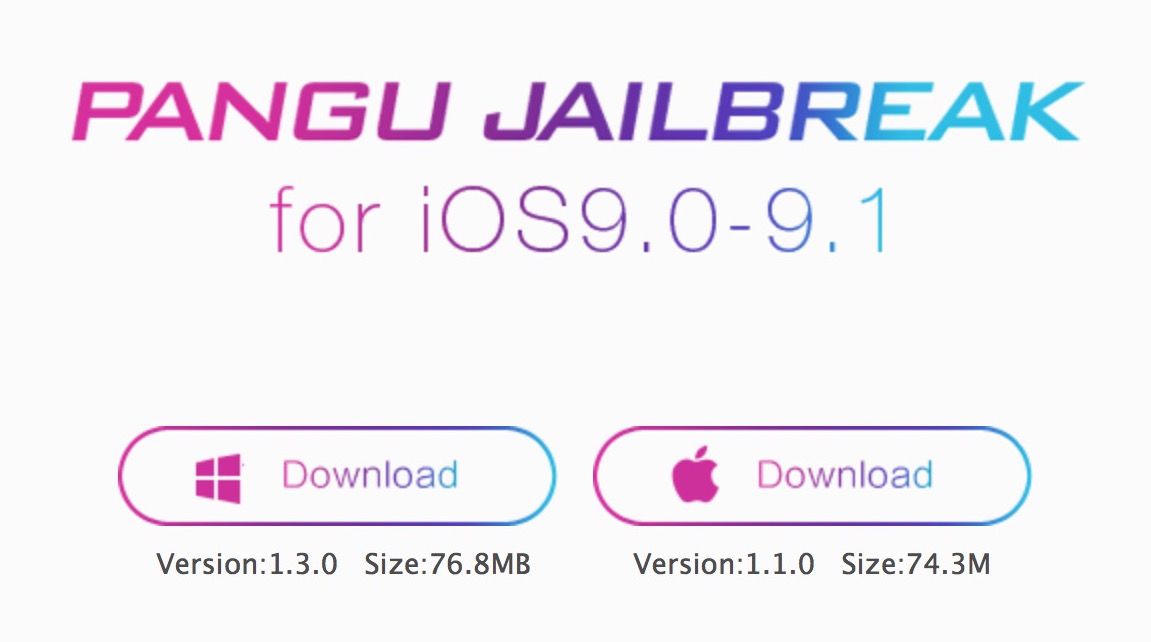 As per usual, the Pangu team released a new Jailbreak, seemingly out of nowhere. With no prior announcement, version 1.3.0 of the Pangu tool can now Jailbreak devices running iOS 9.1.

The Jailbreak process is almost identical to past versions, meaning that running the tool is pretty straightforward. Unfortunately iOS 9.2 and iOS 9.2.1 aren't supported, however folks who stayed at 9.1 are now able to free their devices.