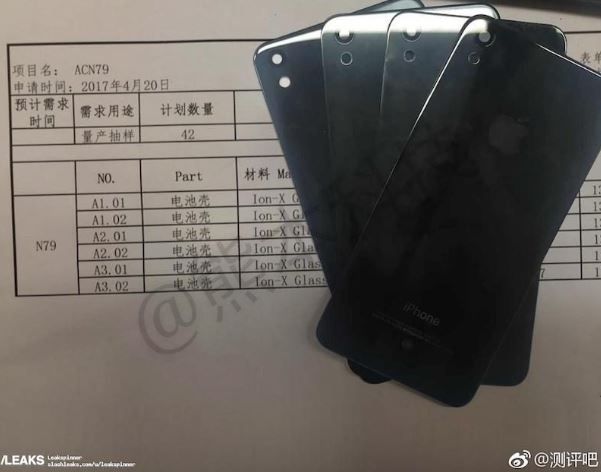 MacRumors reports today on a leaked photo that has appeared on Chinese social network Sina Weibo that is claimed to be of the rear shell of possibly an iPhone SE or iPhone 7s . Interestingly, the photo shows that there is no bump in the cutout for the single-lens camera. Another cutout would appear to be for an LED flash.

Also included in the leaked photo is a document, presumably relating to the rear shell, that refers to an iPhone with a codename N79 that has strengthened Ion-X glass, the same type that is used for the Apple Watch. If the document is genuine, and there’s no way of knowing that, of course, it most likely comes from one of Apple’s manufacturing partners located in Taiwan, such as Foxconn, Wistron, or Pegatron.

According to SlashLeaks, which also posted the picture, this is most likely an iPhone SE, in which case the design looks to be a departure from the previous (and very popular) iPhone 5s form factor.

Last year Ming-Chi Kuo from KGI Securities said that the iPhone SE will not be released in the first half of 2017, so it’s unlikely that we’ll see a new iPhone SE model before July at the earliest.

I will miss the current SE style if they change it

I'm not why the SE wouldn't have a raised camera bump whilst the others do. Also I hope they don't actually call it the SE given that before that was the bottom of the iPhone range.
You must log in or register to reply here.