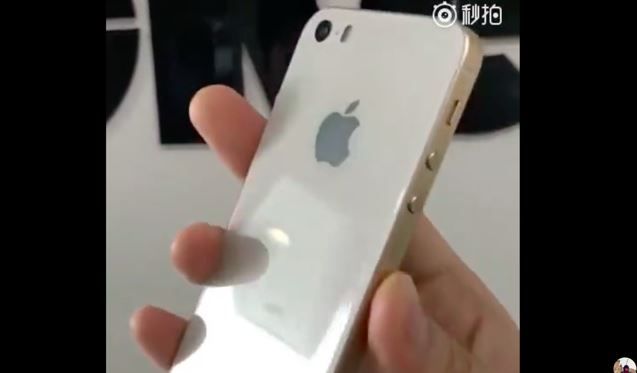 AppleInsider reports that images that are alleged to be of the forthcoming iPhone SE 2 have been spotted online on China’s microblogging site Weibo by Czech website Letemsvetern. It’s difficult to ascertain whether or not the images are genuine, but it’s interesting to note that the “iPhone SE 2” pictured has a glass back, which ties in with other recent rumours that the phone would be compatible with wireless charging.

The pictures also reveal that the supposed iPhone SE 2 looks very similar to the current iPhone SE, with the same metal band around the edge, and a rear camera that is flat rather than protruding from the back of the phone.

The phone shown in the photos also still has a Touch ID sensor and a 3.5-millimeter headphone jack, which contradicts another recent report about the iPhone SE 2 that said that Apple would be removing the headphone jack in the new phone.

Source: Alleged 'iPhone SE 2' with glass back & headphone jack spotted in new pictures
You must log in or register to reply here.