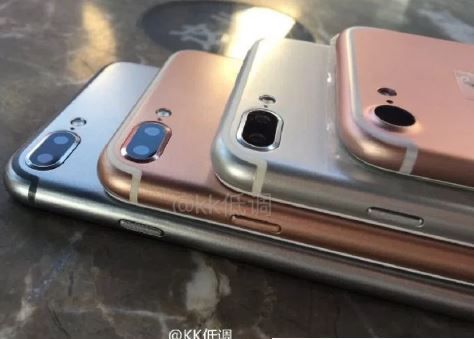 AppleInsider reports on a new tip from well-sourced blogger Evan Blass, who tweeted that Apple will be announcing the next iPhone at a special event that is due to take place in the week of September 12.

Blass is usually a highly credible source for smartphone release information due to his strong connections in the industry. It’s a pretty safe bet that Apple intends to stick with its recent schedule of announcing and releasing new iPhones in September.

Blass also tweeted earlier in the week that there will only be two iPhone versions released in September, not the three that have been recently rumoured. He said that they currently have the codenames “Sonora” and “Dos Palos,” named after towns in California. Previously, Blass has said that it is highly doubtful that the new iPhone will be called iPhone 7; he has not yet stated if one of the two new iPhones that he thinks Apple will announce in September will be an iPhone Plus or an iPhone Pro (with the latter being rumoured in recent weeks).

Meanwhile, 9to5 Mac reports that more iPhone 7 videos and images have leaked, this time focusing on the dual camera and comparing the Rose Gold iPhone 7 with the iPhone 6s.

Sources: Apple rumored to launch 'iPhone 7' on week of Sept. 12

September 12th sounds good to me

I can't with these phones ! They all look good ...between the Note 7 leaks and iPhone ...I'm hearing Gorilla 5 glass will make it to both releases