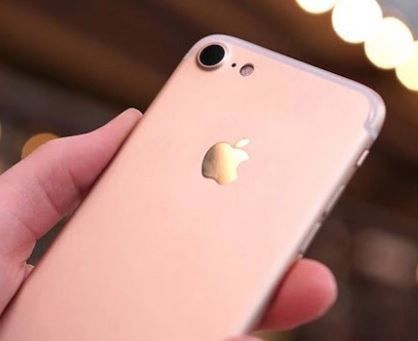 BGR has managed to ascertain that it is looking very likely that Apple will be holding an event to announce the iPhone 7 (rather fittingly) on September 7. It seems that Bloomberg may have given the game away about the date in a report about the upcoming MacBook Pro launch, stating that the MacBook will not be revealed at the upcoming iPhone 7 press conference, which Bloomberg says will be on September 7. Bloomberg’s information about the date comes from a source that is familiar with Apple’s plans.

This all ties in nicely with previous information from the likes of Evan Blass, who tweeted recently that the iPhone 7 will go on sale on September 16, leading to speculation that the actual announcement would be on September 6 or 7. Now it looks as though that information was absolutely correct, and September 7 will be the day we finally get to see the next iPhone.

Source: We now know exactly when Apple will unveil the iPhone 7

WooHoo! Can't wait, So looking forward to seeing which rumours are true.


iPAD 9.7
You must log in or register to reply here.