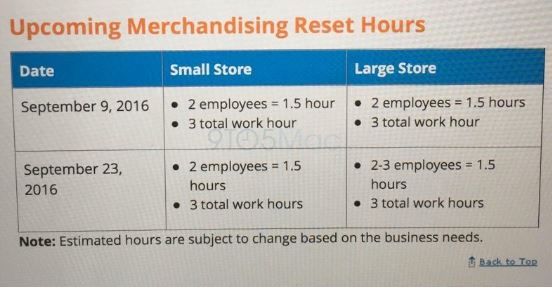 MacRumors reports that a leaked document posted by 9to5 Mac that details scheduling information for AT&T could be evidence that the iPhone 7 will launch on September 23, which would be later than has recently been rumoured.

The leaked AT&T schedule, title “Upcoming Merchandising Reset Hours,” shows that AT&T employees will have to take extra time reorganising AT&T retail stores on September 9 and September 23. And while there is no mention of the iPhone specifically, it doesn’t take too much of a leap to imagine why the employees might need to be taking extra time on those two dates.

It’s widely expected that Apple will be announcing the iPhone 7 at an event on September 7. Noted smartphone leaker Evan Blass has stated that iPhone 7 pre-orders will start on September 9, tying in with the AT&T leaked schedule.

However, Blass has also predicted that the iPhone 7 will launch on September 16, earlier than AT&T’s leaked document suggests.

Source: iPhone 7 Could Launch on September 23 Following September 9 Pre-Orders
You must log in or register to reply here.