Nonstop Chuck Norris is Out Now 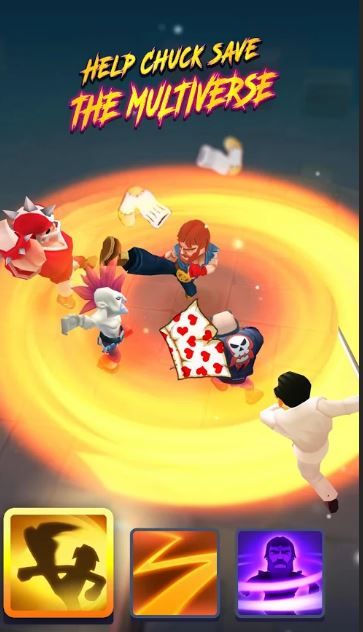 The free-to-play game, which doesn’t require an Internet connection to play, has been authorised by Chuck Norris himself. Just like one of his movies, it features non-stop action where Chuck uses pretty much anything that he can get his hands on as a weapon to batter his foes as he attempts to save the multiverse.

During the game you’ll also get to collect Chuck Norris facts and develop signature abilities such as roundhouse kicks and push-up slams, as well as unlocking meme-inspired pet sidekicks for Chuck.

“I’ve been overwhelmed by fans’ reactions since I announced the game,” said Chuck Norris, speaking from his home in Texas. “Now that the game is live across the world, I hope they enjoy having the power of Chuck Norris on their phones!”
Click to expand...

Sources: flaregames, The Chuck Norris mobile game is out on Android and iOS
OP

The Witcher Battle Arena Out Now

Hackers—Join the Cyberwar! Out Now