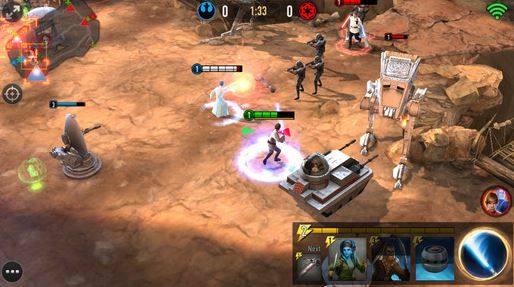 You get to control a “powerful team of iconic Star Wars characters” as well as new characters from Rogue One: A Star Wars Story. You primarily control the game’s hero, as well as using a card deck to build your squad before heading into real-time PvP battles with other players.

You can either play solo, or invite your friends to join you in Guild mode as you attempt to defend your faction.

The game features more than 80 upgradeable characters, plus factions and deck customization including “powerful duos” such as Han Solo and Chewbacca, who together have unique advantages to bring to the fray.

Apple has already pinpointed this as one of its “New Games We Love” in the App Store, so what are you waiting for?!

Looks pretty cool. Has anyone tried it?
You must log in or register to reply here.