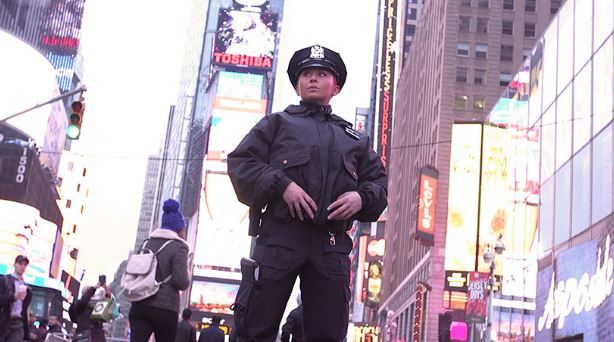 According to a report on AppleInsider today, the New York Police Department has begun replacing the standard issue Windows phone that it previously provided to its officers with a rollout of 36,000 iPhone 7 and iPhone 7 Plus units.

In the original report in the New York Daily News, officers from Patrol Borough Manhattan South picked up their new handsets from an old police academy in Gramercy Park. The phones will cost nothing extra, as the NYPD’s contract with AT&T has them covered as upgrades. Apparently, the NYPD is handing out 600 new handsets per day to its officers all over New York.

Officers will be able to use their new iPhones to access 911 dispatches, make criminal background checks, locate criminal histories before they attend to incidents, view videos and surveillance footage, and fill out their beat reports.

“I truly feel like it’s the ultimate tool to have as a patrol cop,” Officer Christoper Clampitt told New York Daily News. “We get to the location a lot quicker. By the time the dispatcher puts out the job (on the radio) we’re already there.”
Click to expand...

Source: NYPD begins rolling out 36,000 iPhone 7, 7 Plus handsets to Manhattan cops
You must log in or register to reply here.