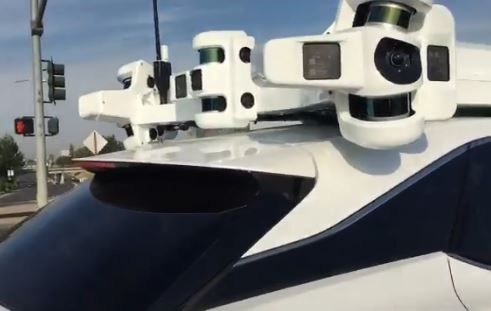 While there hasn’t been much news about Apple’s rumoured self-driving car project lately, it seems that the project is still continuing, with The Verge reporting today that a self-driving car expert, MacCallister Higgins, has tweeted out a picture of what he says is Apple’s “Project Titan” out and about.

The car has certainly changed a lot from the last time a similar vehicle was spotted back in April of this year. The white Lexus has six Velodyne-made LIDAR sensors, various radar units, and several cameras, all coated in white plastic.

The photographer who captured the video is the co-founder of a startup called Voyage that has just launched a pilot self-driving taxi scheme in a retirement community in San Jose, so he knows what he’s talking about. 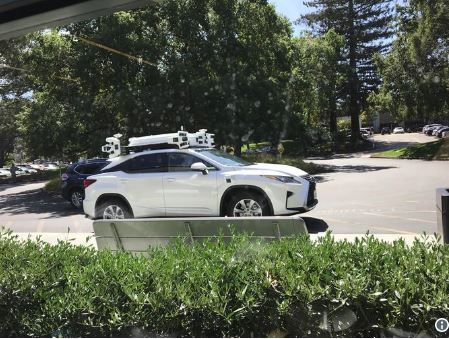 Underneath Higgins’ original tweet about the Project Titan car, someone else posted another picture of one of the cars, saying “I saw one of these a few weeks ago pull up to an Apple shuttle stop-sit there for a few then drove off.”

Looks like it's not destined for wind tunnel bragging

To bad they aren't testing with Range Rovers!
You must log in or register to reply here.