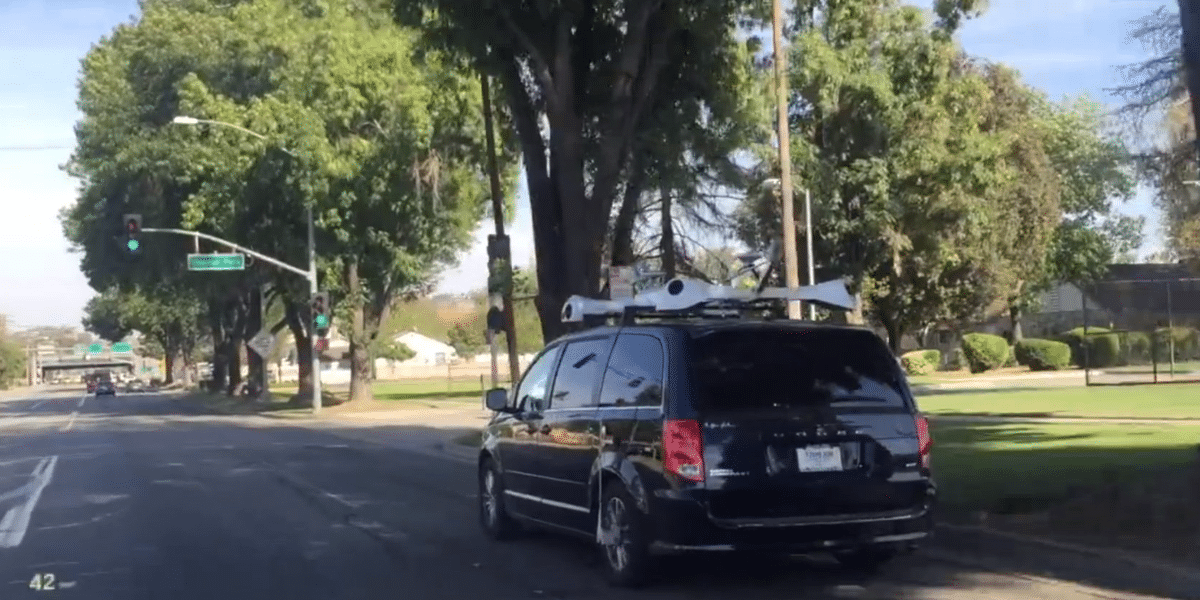 Back in February reports started sprouting on the internet regarding a vehicle with a strange roof rack driving around San Francisco. The vehicle's registration was then traced back by the good folks of the internet to Apple and codenamed "Project Titan". The next few weeks were filled with reports on how Apple is planning on making its own automobile, while others claimed that the company was just improving its Maps app.

A new video surfaced from Loom and Mill on Wednesday showing a cameraman following the alleged Apple Car. The van looks similar to the vehicle spotted back in February and is equipped with cameras going around 360 degrees.

Still little is known about the mysterious Apple Car. The Wall Street Journal previously reported that Apple "is working on the design of a vehicle that resembles a minivan". Sure is strange that Apple picked an Dodge Grand Caravan to test drive the system on top. Maybe the company thought nobody would notice the massive drone-like roof rack. Check out the video here.
You must log in or register to reply here.