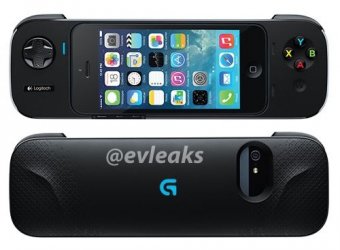 ​
At WWDC, package with iOS 7, Apple unveiled the firmware's support for MFi controllers. This meant that game and product developers now had the ability to create gaming controllers for iOS devices with full support from Apple and the firmware. Although word has been quiet from most companies, whether or not a controller will be made, but a new leak from Logitech shows different.

The image of the controller above was found on Twitter account @evleaks, which portrays a controller casing for an iPhone 5/5S. The controller gives players a fully functional D-pad, A, B, X, and Y buttons, along with bumpers and a cutout for the camera. Though there is no official word coming from Logitech as of this post, Apple's big iPad event is expected in the upcoming weeks and we might just be in for a surprise.

Source: http://toucharcade.com/2013/10/01/a...ked/?utm_medium=referral&utm_source=pulsenews
You must log in or register to reply here.