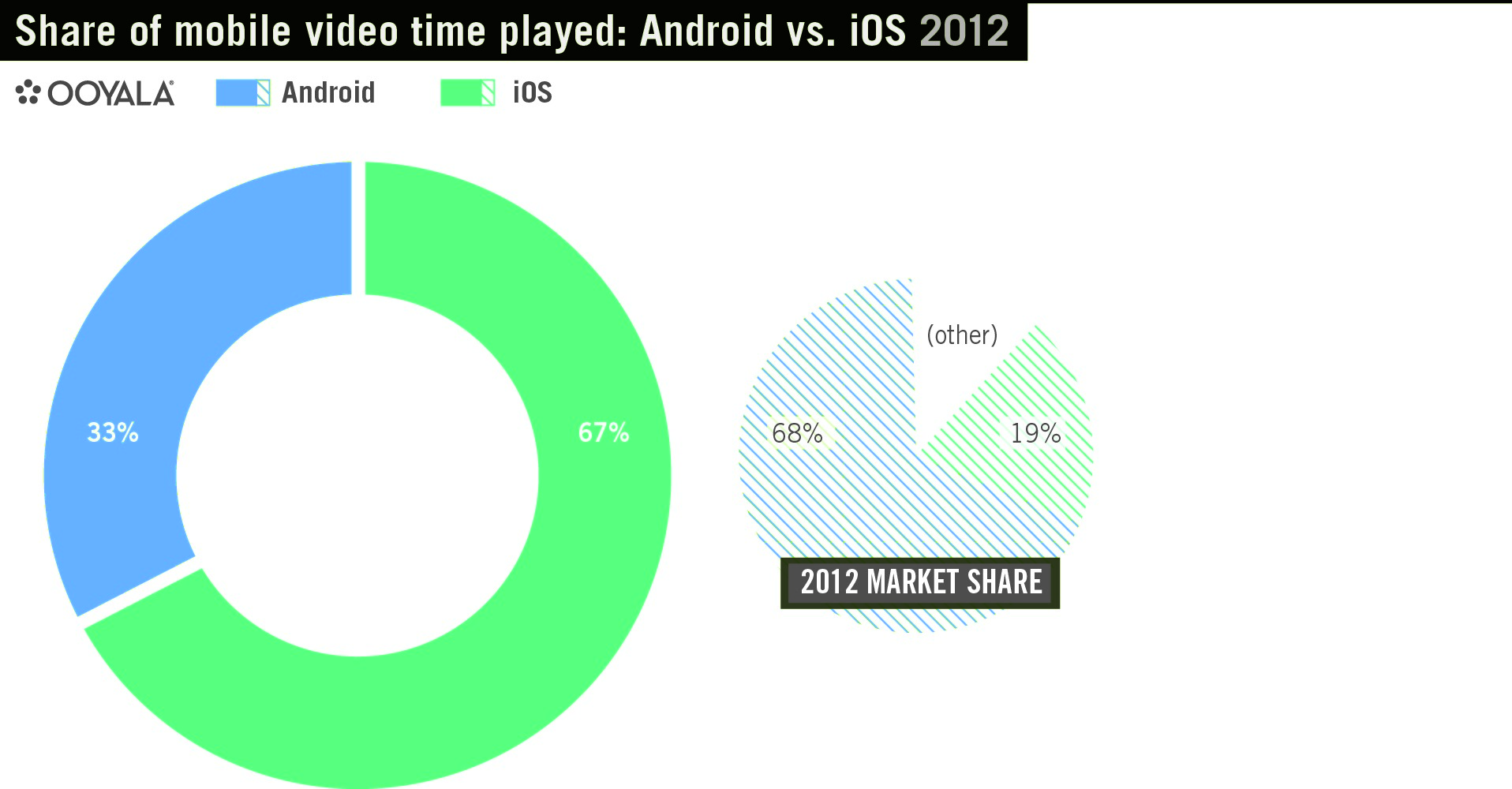 &#8203;
The war between iOS and Android users has been going on since the advent of smartphones. Humorous websites have depicted Android users as being the nerdy type, while Apple users are seen as being more fashionable and trendy and so on. A new study coming from Web video company Ooyala highlights yet another difference between the users of the gadget.

According to their research, it appears that iPhone users watch lots more video content than Android users. The numbers provided by the company showcase that only 33% of Android users surf YouTube all day, while 67% of their iOS counterparts en&#8203;&#8203;joy some video time.

But there&#8217;s a little issue with the study provided by Ooyala. The company is in charge of streaming lots and lots of video content, and when we say lots, we mean the service provided by Ooyala has been taken up by 200 million viewers worldwide. So, basically, Ooyala conducted their research only amongst its users, thus not taking into account the preferences of people who might not be affiliated with their service. Therefore, the study lacks universality.

The research also showcased some purported 2012 market share numbers &#8211; according to them, iOS has been snatching 19% of the global market and Android 68%. And here we have another problem. If Android adoption would increase at such a pace, we&#8217;d probably be seeing Android devices everywhere in a few years.

Source: AllThingsD
Last edited: Mar 12, 2013
You must log in or register to reply here.

iPhone owners pay more on apps than Android users, average of $0.19 opposed to $0.06

Most iPhone users spend monthly more than $100 on carrier bills

ShareThis study: iPhone is the most social device

Advertisers spend more money on iOS than they do on Android