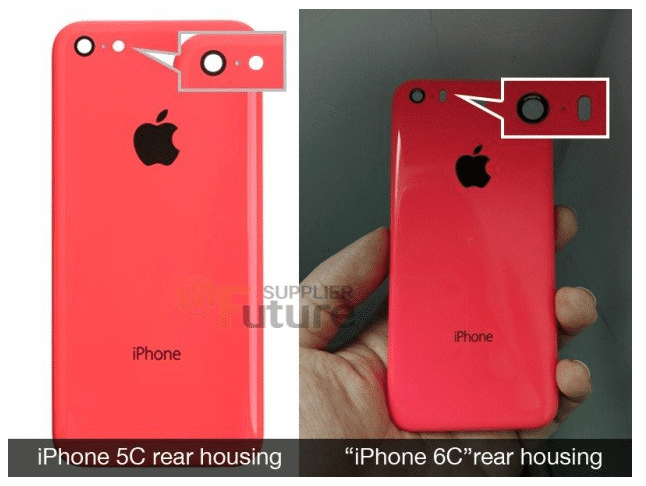 AppleInsider reports today that some new images have leaked that appear to show parts for one of the next iPhone models, which could include parts from the iPhone 5s.

In the original report from Future Supplier, the plastic case shown in the photos is referred to as being from an "iPhone 6c." What's most noticeable about the pictures is that the case appears to show a 4-inch iPhone case with the pill-shaped camera flash current used in the iPhone 5s for its True Tone flash unit.

If the photos are genuine, they could indicate that Apple intends to use parts from the iPhone 5s to produce an iPhone 6c model, much the same as it did with the iPhone 5c, which contained many iPhone 5 parts.

I hope it arrives because I truly want a 4 inch display phone.

Really? Apple will go for a smaller screen? That would be the first time right? Isn't it their motto, "New products should always be Larger and Thinner!"?
You must log in or register to reply here.