iOS Apps Could be Instrumental in Making Private Aviation Safer 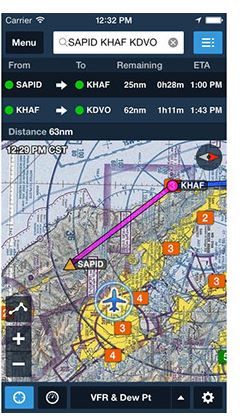 According to a new report from the Aircraft Owners and Pilots Association, via Bloomberg, fatalities in small private plane crashes are now the lowest they have been for decades. The figures show that fatal crashes per year on small private planes were on average 180 per year from 2013 to 2015, which represents a reduction of 17.8% in comparison with the preceding 3-year period.

And while there are several reasons for this encouraging development, including improved pilot training, the report also says that advancements in technology, such as crash avoidance systems and also mobile apps, have played their part in improving the safety record of small private planes.

In particular, John Hansman, astronautics and aeronautics professor at the Massachusetts Institute of Technology, said that electronic devices, such as apps for iPads and iPhones, provide pilots with much improved weather information compared with even a few years ago.

“It’s encouraging,” Hansman told Bloomberg. “There are reasons to think it [the new report] might be accurate. There’s a lot of things happening in the system that are slowly making it better.”
Click to expand...

Source: iPad Apps Help Cut Fatal Crashes of Private Planes to New Lows
You must log in or register to reply here.

Apple to Use Drones to Collect Data for Maps App