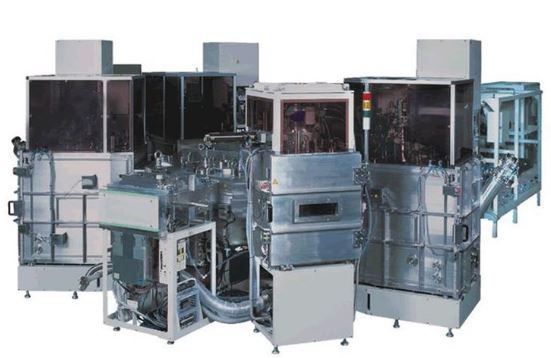 According to a report from Bloomberg, via MacRumors, the fact that there are relatively few OLED-display-making machines could result in the (rumoured) forthcoming OLED iPhone being in short supply.

Bloomberg visited Japanese firm Canon Tokki, the company responsible for making almost all the machines that manufacture OLED displays. The ELVESS OLED machines are a 328-foot-long vacuum production system. The machines use evaporating organic materials to deposit red, blue, and green pixels on a glass surface. They cost over 10 billion yen ($85 million) to buy.

Apparently Canon Tokki’s technologies have greatly reduced the margin of error in the production process, with the result being much higher yields than Canon Tokki’s rivals can manage.

However, it seems that Canon Tokki makes less than 10 of these machines a year, and already has a 2-year backlog as a result of the high demand for OLED displays.

This shortage won’t necessarily affect production of the OLED iPhone, but it could be a factor. Samsung is expected to be the main manufacturer of Apple’s OLED displays, and is likely to already have its own machines in situ as its own smartphones have had OLED display for the last few years. That said, Bloomberg cautions that Samsung may struggle to meet the demands of producing OLED displays for Apple’s phones as well as its own phones.

Source: http://www.macrumors.com/2016/12/21/oled-display-machine-shortages/
You must log in or register to reply here.