Basically I create a new album on my iPhone so I could put specific photos in there from my camera roll, but for some reason instead of having 2200 photos in the camera roll I now have 4400, also with the duplicated photos I do not have the option to delete as it is greyed out. Is there a cydia or pc/mac app that can scan the phone's camera roll and delete dups?
B

It's not really 4400. What you think are duplicates are really the same photo, kinda in a holding place. 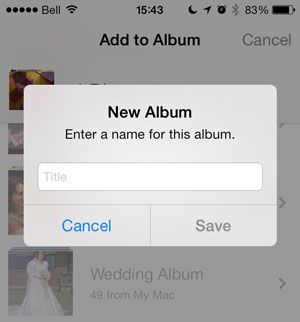 Although iOS uses the term “Album” to refer to collections of photos you’ve created on your device, in reality these work more like tags; a photo added to an iOS album is not actually duplicated, but rather the Photos app adds a reference to the new album name and simply displays the same photo in both places.

So regardless of which albums you’ve placed pictures in, the Camera Roll remains the master repository, and therefore deleting a photo from the Camera Roll will also remove it from any albums, as there was actually only one photo to begin with. Conversely, deleting a photo when viewing it from within an album will only remove the reference to it in that album, leaving the entry in the main Camera Roll untouched.
You must log in or register to reply here.