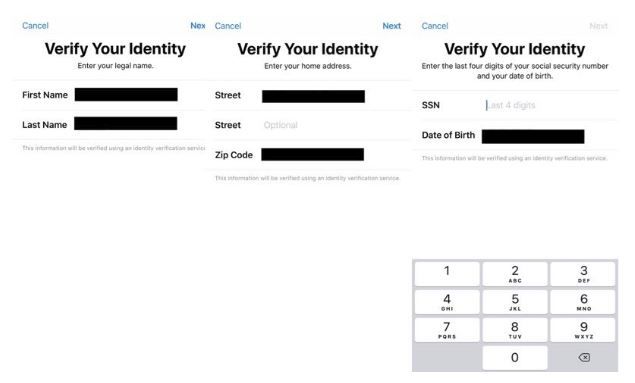 MacRumors reports that Apple’s testing program for the forthcoming Apple Pay Cash service has now extended to its retail store employees, with testing having initially commenced at the beginning of October with Apple corporate staff.

According to the Apple retail employee source who spoke to MacRumors, retail staff were asked to install the iOS 11.1 beta as well as an internal-only beta profile in order to unlock Apple Pay Cash. iCloud accounts must also be whitelisted to enable the staff to use the service.

Screenshots provided by the source show the set-up process for the service, where the user is asked to verify their identity by providing their name, address, and social security number.

Apple Pay Cash is due to launch very soon, most likely as part of the forthcoming iOS 11.1 update. The service enables users to send cash to friend or family or other colleagues via the Messages app in a similar way to services such as Square Cash or Venmo.