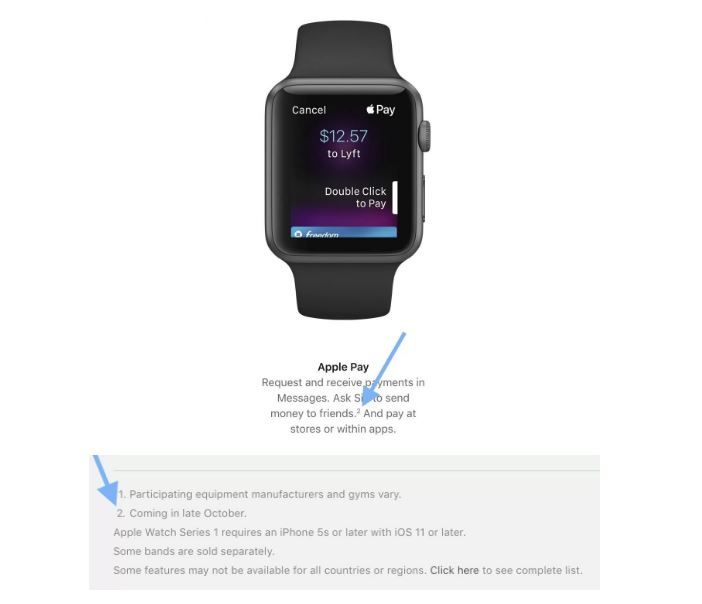 9to5 Mac reports that based on a footnote on its Apple Watch Series 1 webpage, Apple could be planning to launch its person-to-person payment system, Apple Pay Cash, at the end of October (the footnote reads, “Coming in late October”).

Having announced Apple Pay Cash at WWDC in June, it was hoped that Apple would launch the service either as part of iOS 11 or watchOS 4; however, both of those have now arrived, yet Apple Pay Cash is still conspicuous by its absence. The footnote on the Apple Watch Series 1 page indicates that we don’t have too much longer to wait for this service, though, with it due to be available at the end of October, possibly when iOS 11.1 and watchOS 4.1 are released to the public.

Apple Pay Cash is a system that lets Apple Pay users send and receive secure payments between their friends and family, either via the Messages app, or Siri, along with the Wallet app, using a new Apple Pay Cash card that will be added to Apple Wallet.

Source: Apple Pay Cash may launch in late October after missing iOS 11 / watchOS 4 release
You must log in or register to reply here.