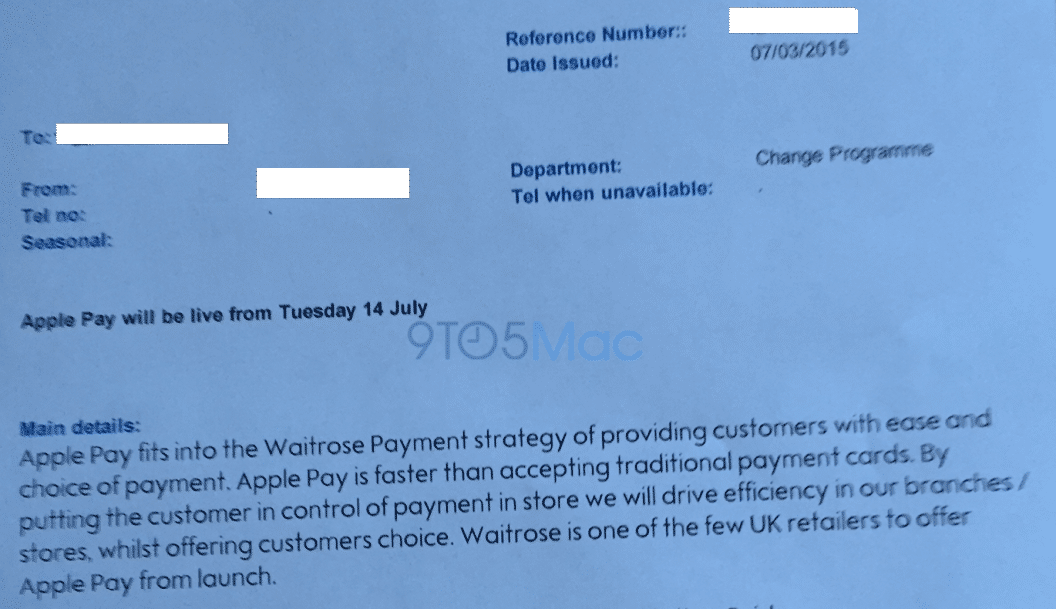 Around one month ago my colleague Maura was telling you that the UK could the first country to offer ApplePay outside of the US this summer. And now a fresh report coming from 9to5Mac publication seems to show that Apple Pay will be live from Tuesday 14 July. Well-connected author Mark Gurman said the following:

"Apple appears to be planning to enable its Apple Pay iPhone mobile payments service in the United Kingdom on July 14th, according to sources at multiple retailers. Apple has informed some Apple Retail employees in the U.K. that Apple Pay support will go live on that Tuesday, while an internal memos for supermarket Waitrose plus an additional retail partner indicate the same date"

He also pointed out that Apple will begin training its U.K staff for the upcoming service on July 12th. The report goes on to mention that Apple has already started enabling its mobile point of sale systems in UK-based stores for NFC payments and has been preparing materials to promote the Apple Pay launch.

Startups in the U.K. are Loving Apple Pay