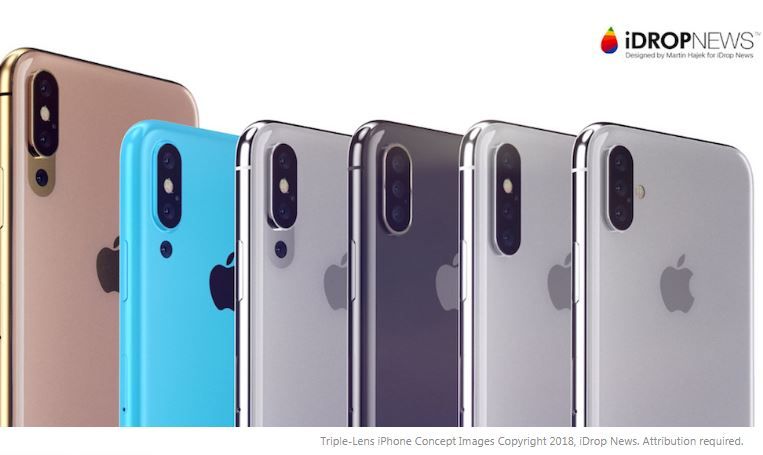 According to a new report from Yuanta Securities Investment analyst Jeff Pu, via MacRumors, Apple’s 2019 iPhone could include a triple-lens rear-facing camera system.

Pu bases the substance of his report on newly published results from Taiwanese smartphone camera lens manufacturer Largan, which show higher than expected revenue for the company in April. Largan, which supplies both Apple and Android phone companies, saw its revenue increase by 10.34% month by month. Pu thinks that Largan will benefit from both Apple and Huawei’s adoption of triple-lens camera systems, not only from orders from those initial two companies, but also from other smartphone companies who will be influenced by Apple and Huawei’s new products to make similar models of their own. According to Pu, this will “provide a much-needed improvement in Largan’s capacity utilization rate.”

Pu’s report follows on from recent rumours about the 2018 iPhone line-up that said that at least one of the three expected models to be released this year will have a 5x optical zoom, rather than the current 2x optical zoom.

Source: iPhone with triple-lens camera system could arrive with fall 2019 refresh
You must log in or register to reply here.

Rumour: One of This Year’s iPhones Will Have a Three-Lens Camera System