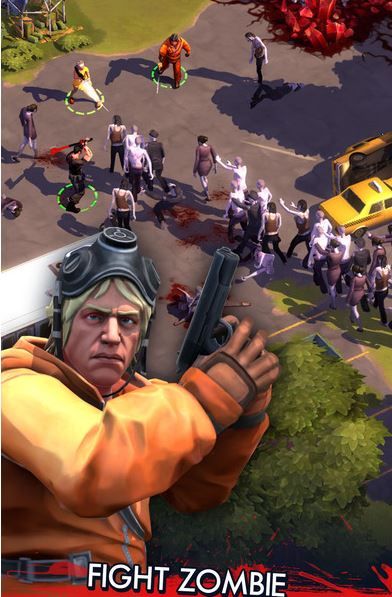 It’s almost Halloween, so you can expect lots of scary games to be released over the next few days, including Gameloft’s latest, Zombie Anarchy. Phone Arena reports that the game is now available in App Stores worldwide following a recent soft launch in limited territories.

In the single-player game it’s up to you to find the last humans left on Earth and build up your citizens army to help them repel the zombie hordes. The survivors that you save each have a unique story to discover as well as their own particular fighting skill.

One of your main duties is to build and defend your camp, which involves resource scavenging and management in order to build and upgrade buildings and your crew.

You’ll also need to conquer opposition camps in order to plunder their resources to help build up your camp in the multiplayer element of the game.