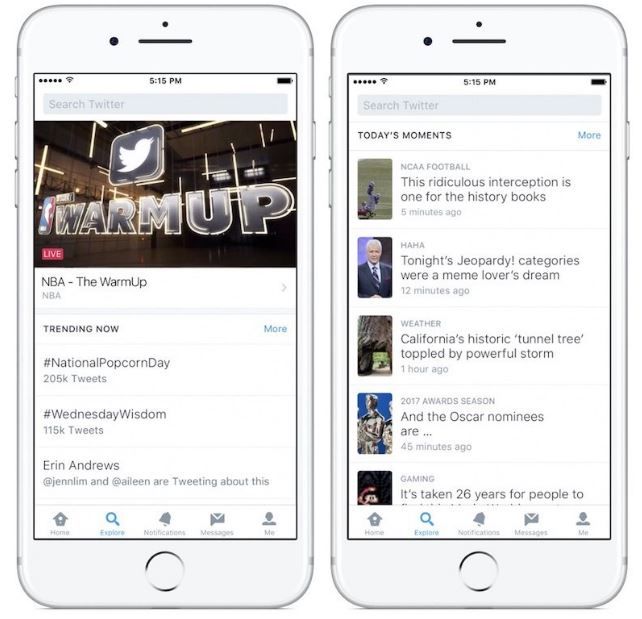 Following a lengthy testing process that began last October, Twitter has today announced the official launch of its revamped “Explore” tab on the iOS version of its app. The new tab is designed to provide one-stop access to trends, search, Moments, and live video.

MacRumors writes that Twitter found that the new system worked very well in testing, with users saying that it made finding news, what’s trending, and popular topics much easier.

And don’t panic if you like your Twitter exactly how it was, as Twitter says that “nothing is going away,” it’s just that certain features have been moved to become part of the Explore tab.

When you tap Explore, you’ll see breaking news with a live video header and trending topics underneath, and then more news stories underneath a “Today’s Moments” section.

Source: Twitter Officially Launches Enhanced 'Explore' Tab on iOS to All Users
You must log in or register to reply here.

Version 6.1 of Twitter for iOS Brings improvements for iPhone and iPad Users