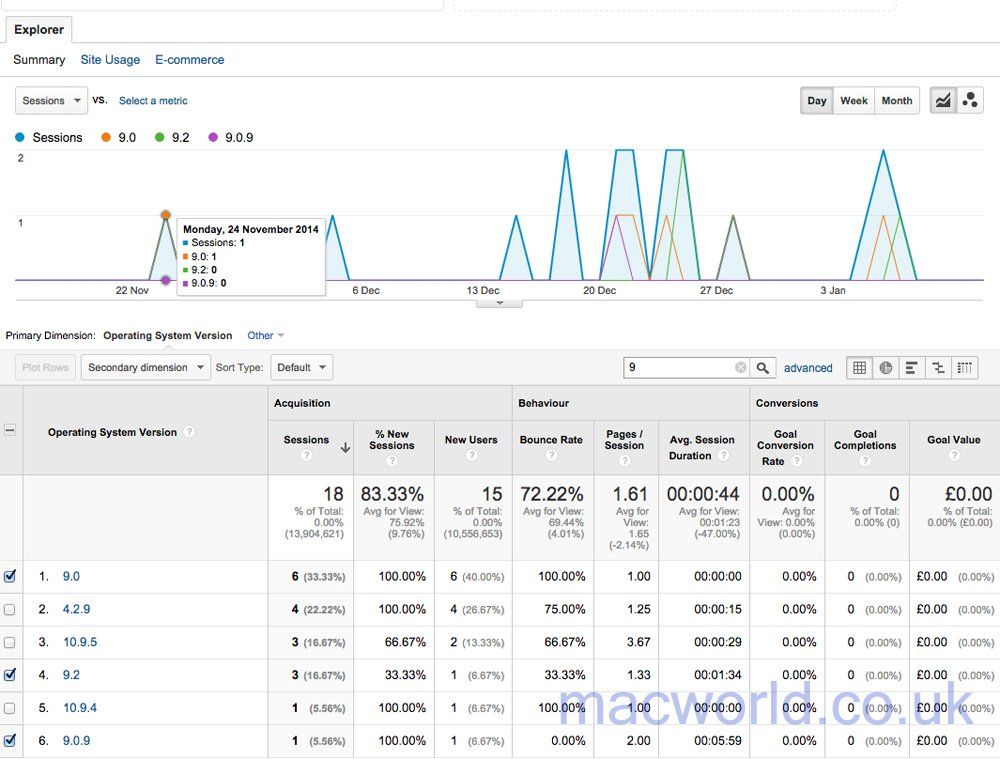 Last week we heard from 9to5Mac's Mark Gurman that Apple is looking to expand iOS beta testing to Apple Store employees. Doing so, the company would be able to broaden its horizon, eradicating bugs and improving stability of future firmware updates.

Back in October, the first traces of iOS 9 were found in web analytics on several websites around the net. Since then, sites like Macworld have found traces of firmwares iOS 9 and variants of iOS 9.x. On Monday, Czech-language technology website letemsvetemapplem.eu owner Roman Zavrel tipped off Macworld regarding even more traces of Apple's next big firmware iteration.

Zavrel found traces of iOS 9, iOS 9.2 and iOS 9.0.9 on his website's analytics. Assuming the firmware numbers aren't spoofed on Jailbroken devices, it looks like Apple is well ahead of schedule getting iOS 9 ready for when the company is expected to release the first beta of the firmware at this year's WWDC.
You must log in or register to reply here.