The Woz Says Apple Should Have Launched a Bigger iPhone Sooner 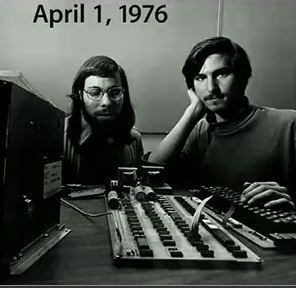 Phone Arena writes that Apple co-founder Steve Wozniak has been talking to CNN about Apple’s decision to finally launch a bigger iPhone, the iPhone 6 Plus, and it seems that the Woz thinks that it was such a good idea that Apple should have done it much sooner!

The Woz has actually made no secret in the past of his love for a bigger phone screen, saying that one of the reasons he is a fan of Android phones is because of the larger screen size of some of them.

When talking to CNN, Wozniak said that he believes that Apple could have had a bigger slice of the mobile market if it had released an iPhone with a larger screen three years ago. In particular, he said that it would have helped Apple be more competitive with one of its biggest rivals, Samsung.

Wozniak also aired his views on the forthcoming Apple Watch, saying that it is “nothing but a luxury fitness band,” thus not deviating from his well-known viewpoint that wearables are not much use.

The Woz Talks Apple and Samsung

Steve Wozniak Says Apple is Kind of Arrogant About the iPhone

Bloomberg: Apple is working on new iPhones with bigger screens and curved glass