Has anyone had any experience of Clips (not the Apple video-editing app but the 3rd-party app for accessing text or other clippings copied to the phone's clipboard from, e.g., Safari)?

It seems to have had glowing reviews. When I first installed it on my iphone SE (iOS 11.2.6), it indeed seemed a wonderful app. It displayed the last 5 clippings copied, in the app, in its widget and even in its own keyboard. (The paid-for upgrade apparently extends that to any number of clippings.) Any one of these could be selected by a tap, edited, then copied into an email or other document.

Then it stopped displaying anything but the last clipping copied, and thus became useless to me. I tried uninstalling and reinstalling the app, but without success.

The trouble is that the support staff of its developer, Cleanshaven Apps, does not reply to questions, so I am reduced to guessing that maybe the 5 clippings are still there in my phone and are preventing further ones from being stored despite my having uninstalled and reinstalled the app.

Any help or advice will be gratefully received. 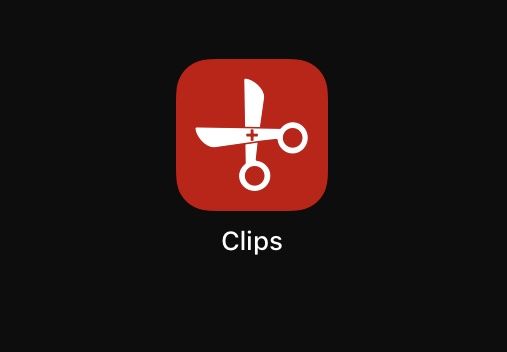 The app’s last update was 2 years ago. It looks like the developers don’t support it any more, and that’s the reason why it’s not working flawlessly.
OP

That answers that! That's the one. Thank you very much for that almost instantaneous reply, J.A.

I wonder whether I can now ask for advice? What I am looking for is an app for iphone SE, iOS 11.6.3, that will allow me to copy several clips of text (e.g. from Safari) and then select one and paste it into another document like an email without my having repeatedly to copy and paste each clip in turn. I can do that on my Mac with CopyPaste Pro, but on my phone I have now tried 4 or 5 clipboard apps from the App Store and in every case only the last clip copied is displayed, so that it seems I cannot select one of the earlier ones. Is there an iphone app that does what I have described? It seems a common-enough requirement.

Thank you in anticipation of advice.

Thanks again, J.A. I did discover Paste 2 after I had posted my last question here, and to my delight it seems to do what I want. But I only found Copied after reading your reply above. I have now installed it, and at a quick look it may also work the way I want it to, but it is now late here in the UK — and by tomorrow morning it will have got even later because of Summer Time (Daylight Saving Time) starting, so I shall explore it more tomorrow and post an assessment.
OP

I have now had a better look at Copied. It works just as I want it to — displays all the recent clips — has very useful other features and seems a really excellent app. Thank you very much once more, J.A.

Paste 2 has one feature, though, which is going to make me keep it on my phone in addition to Copied: there is a Mac version (with multiple clipboards), and it syncs with the one on the phone by icloud.

My problems with so many of the other clipboard apps for iphone highlight a comprehensive difficulty with the App Store: there is no way of telling whether an app is compatible with the latest version of iOS till one installs and opens it and tries to understand why it is not working properly. That is particularly problematic if it is a paid-for app!

Glad to help.
Every app shows when it‘s last update took place. If it‘s 1 year ago, or more, it might not work with the latest software, and in most cases those apps have been abandoned by developers.

I use KuaiBoard. It's rich with features, including dynamic time formats. It's a keyboard, but can also be used as an iMessage app. Use clips of anything. 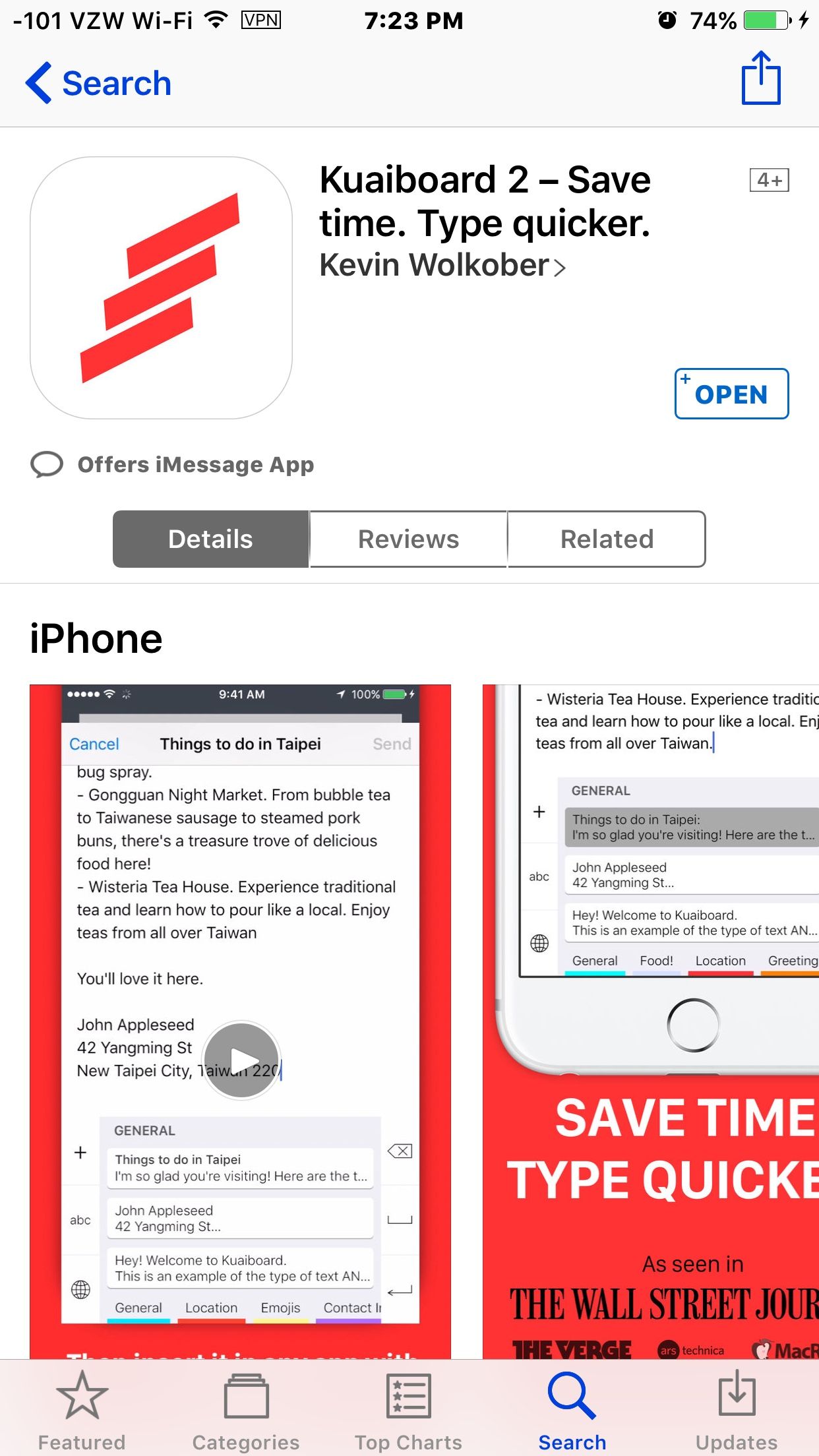 Thanks, Ledsteplin. Sounds interesting. In the meantime I have discovered that Copied (like Paste 2) has a Mac version (which is cheaper than the Mac version of Paste 2, which makes me wish I had made this discovery before purchasing Paste 2!) and that it syncs with the iphone one. I have not explored it thoroughly yet, but it seems to be a really good app — and one that has some similarities in design with the now-obsolete Clips that started this string of posts, which may say something about its designer.

Michael Graubart said:
Thanks, Ledsteplin. Sounds interesting. In the meantime I have discovered that Copied (like Paste 2) has a Mac version (which is cheaper than the Mac version of Paste 2, which makes me wish I had made this discovery before purchasing Paste 2!) and that it syncs with the iphone one. I have not explored it thoroughly yet, but it seems to be a really good app — and one that has some similarities in design with the now-obsolete Clips that started this string of posts, which may say something about its designer.
Click to expand...

The SwiftKey keyboard has a clips feature where you can save clips and snippets to use. 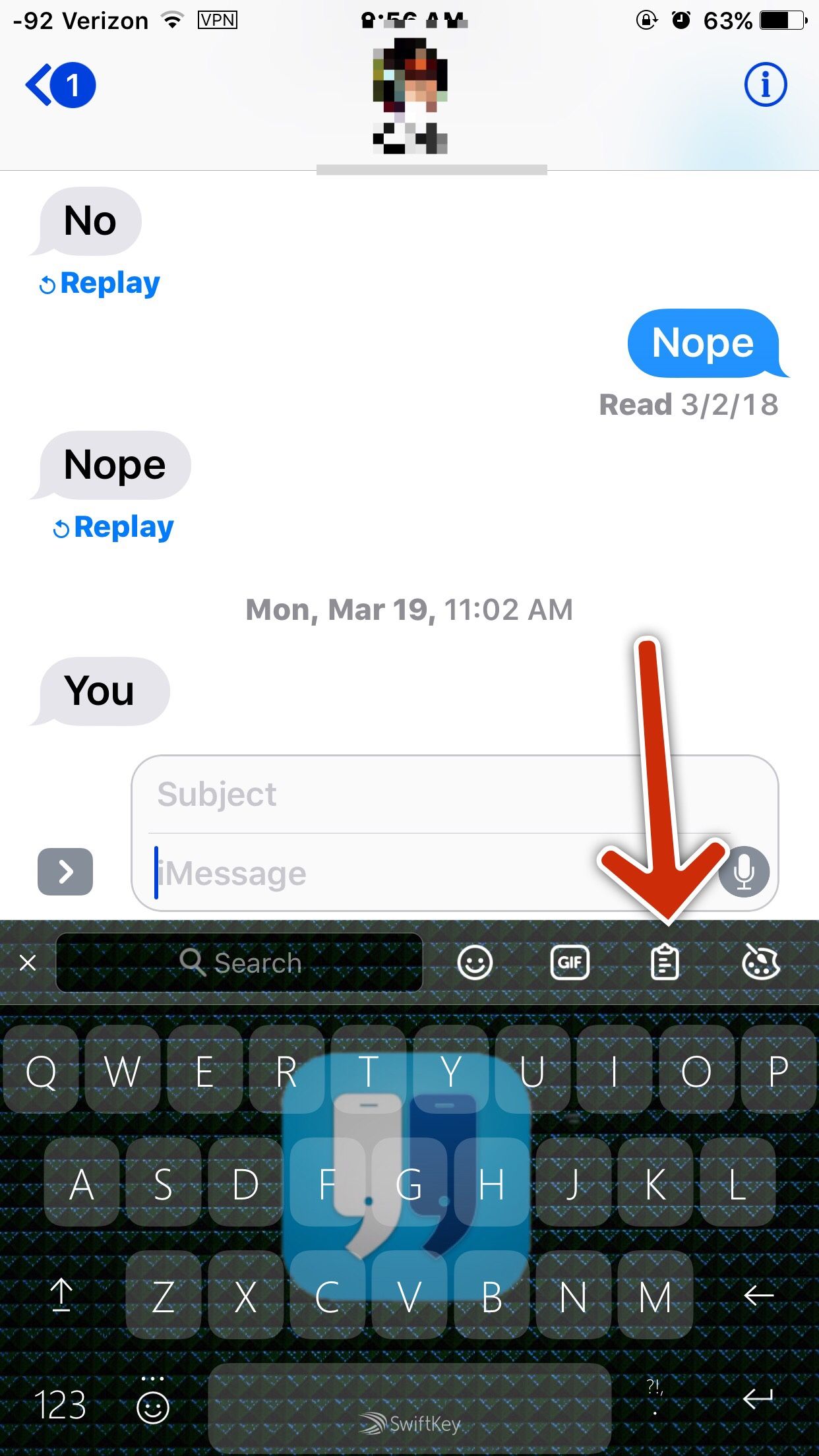 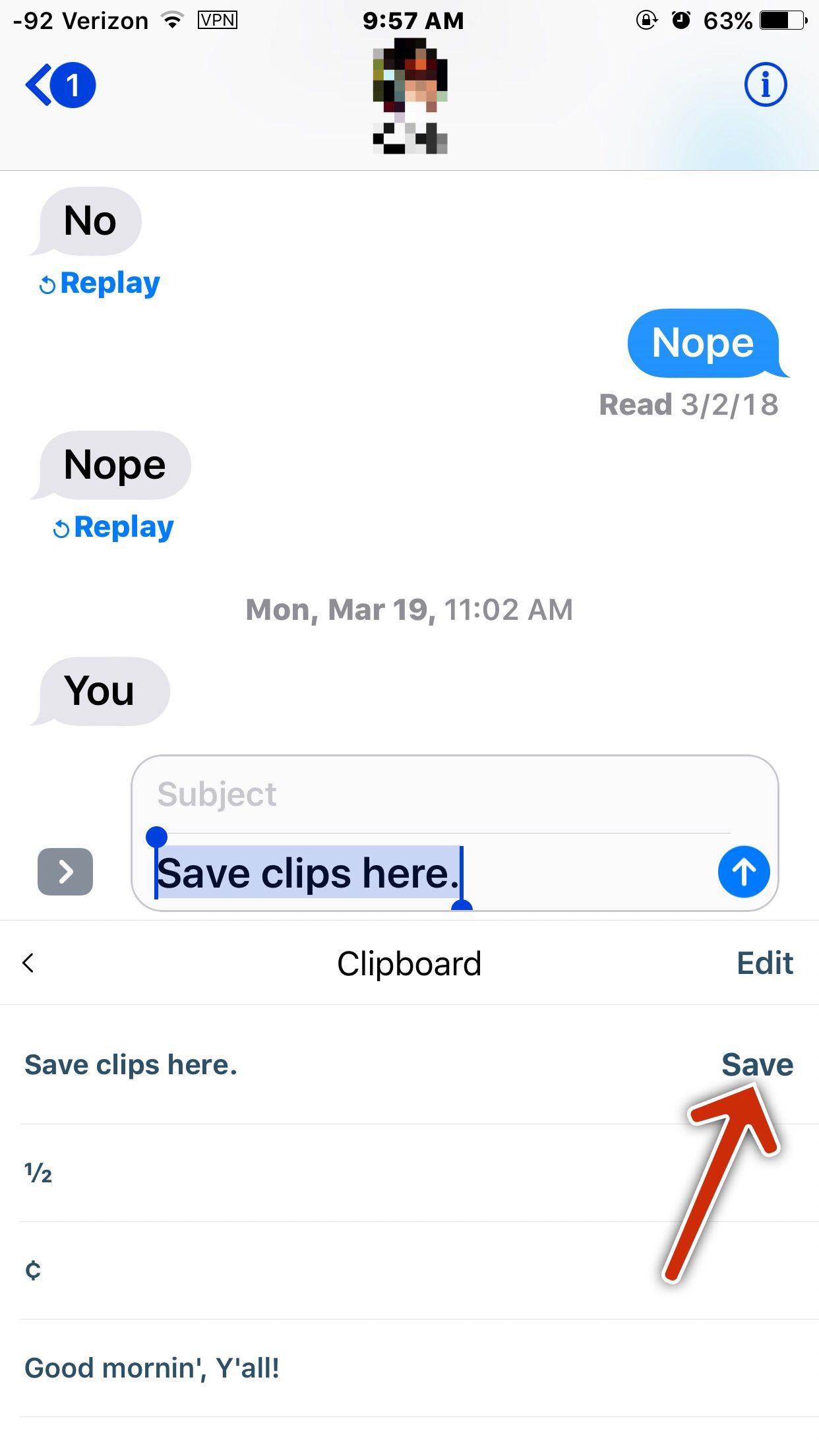 Thanks, Ledsteplin. When I tried Clips, I did try Save, but did not have much luck in retrieving clippings. I may try again. In the meantime, I am happy both with Paste 2 and with Copied, the latter (as I hinted above) being very like an update of Clips with identical features and nomenclature. And I very much like the synching with my Mac that both Paste 2 and Copied achieve.
You must log in or register to reply here.

O
Introducing "Clipin - You copy, I paste" with some promo codes!