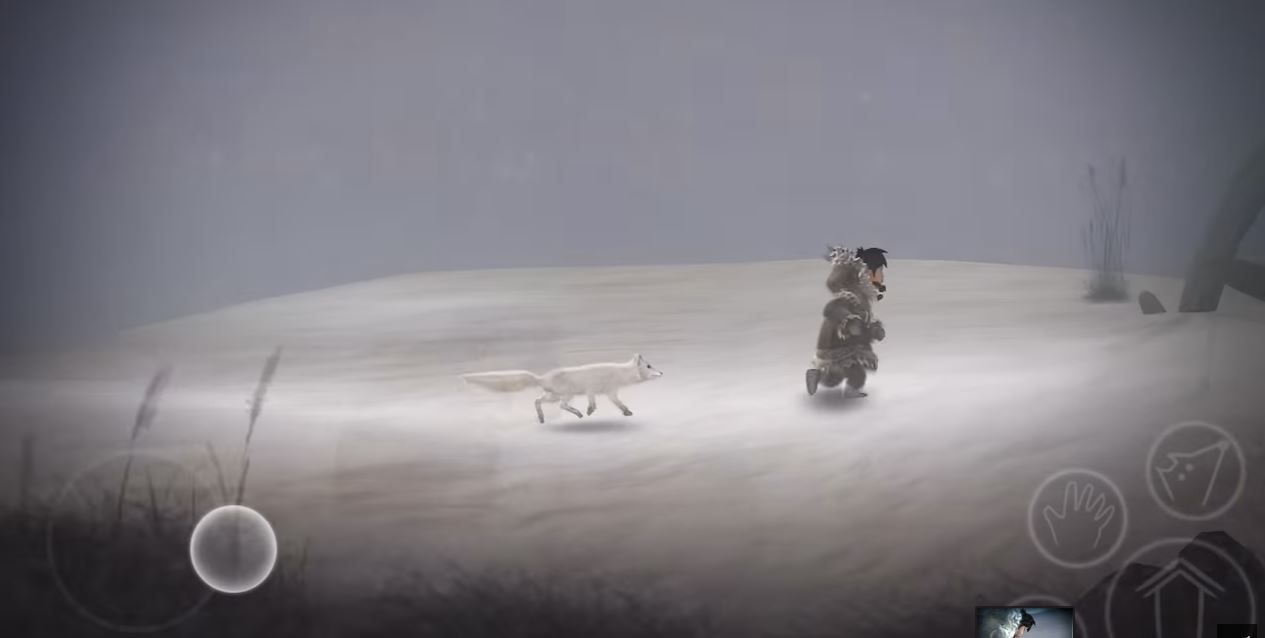 A real treat for iOS gamers this week with the arrival on iOS of a gorgeous and very touching game called Never Alone: Ki Edition.

Previously available on PC, Xbox One, and PlayStation 4, the game lends itself to the new touch controls that have been developed for the iOS version.

What makes Never Alone different is that it was developed by the Iñupiat, an Alaska Native people, in a bid to carry on their ancient tradition of story-telling in a modern world. More than 30 Alaska Native elders, storytellers, and community members participated in the making of the game, contributing to its truly magical feel.

Never Alone has appeared on more than 75 “Best of 2014” lists, as well as winning the “Best Debut Game” award at the 2015 BAFTAs, and “Game of the Year” and “Most Significant Impact” at the 2015 Games for Change Awards.

Set in the Arctic, the player guides two characters, Nuna and Fox, across the frozen tundra in the side-scrolling adventure, facing all sorts of natural obstacles that test their true heroism and teamwork. The authentic tone of the game is enhanced by the narration, which is by a storyteller speaking in the Iñupiat language.

Developer E-Line Media says that it has updated the game for iOS, with new controls, menus and hints, as well as optimized graphics and AI.

“This is the most personally rewarding project I’ve worked on in twenty years of designing video games,” said Sean Vesce, chief creative officer of E-Line Media. “Alaska Native mythology and culture is incredibly rich and translates remarkably well to making an amazingly fun experience for all audiences.”
Click to expand...