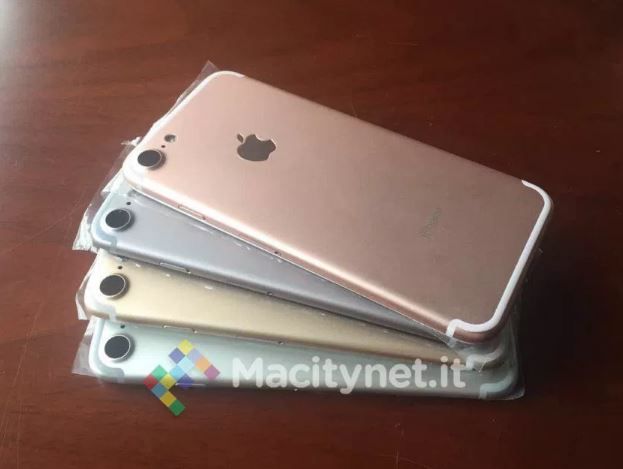 9to5 Mac has posted new images that have emerged today on MacityNet of the iPhone 7 in four different colours, which just happen to be exactly the same as the old colours of Space Gray, Silver, Gold, and Rose Gold, so it looks like those rumours of a new colour were possibly false, assuming that the image is genuine. The article that was posted along with the images on MacityNet also stated that there would be no fifth colour.

And although many people will be unhappy to see that the camera bulge still remains, the photos indicate that it has at least had a makeover, looking not quite as obtrusive as previously and slightly more elegant. This is the first time that a new camera bulge design has been leaked, so it could be something that Apple has decided upon much more recently.

Other notable features include the larger camera hole, and also the positioning of the camera component, as well as the placing of the antenna bands at the top and bottom of the phone rather than across the back. .

Source: Latest leaks depict iPhone 7 in Silver, Space Gray, Gold and Rose Gold with new style for camera bulge
You must log in or register to reply here.