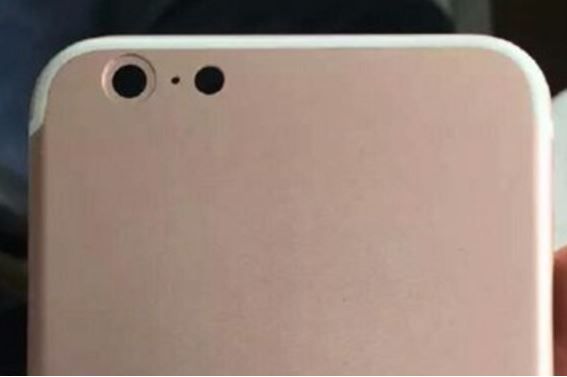 Earlier today we reported on a new report from Nikkei that said that only the forthcoming iPhone 7 Plus will have a dual camera (as has also been rumoured elsewhere previously), and a newly leaked image of what is claimed to be the rear shell of a rose gold iPhone 7 would seem to indicate that this is indeed the case.

The image, which first appeared on Chinese microblogging site Sina Weibo and was initially posted by IT Home, via AppleInsider, shows a single camera hole, as well as flash and microphone holes. The antenna lines are also shown at the top and bottom of the phone rather than across the back, as has been shown on many other recently leaked component images.

As far as the legitimacy of the image is concerned, it's fair to say that the shell looks quite battered, with damage at the bottom, and minus the Apple logo, so if genuine, it may well be a defective part that was discarded at an early stage of the production process.

i don't think this image shows the right information while it comes from a microblogging.
You must log in or register to reply here.

Apple No Longer Planning on Adding Smart Connector to iPhone 7