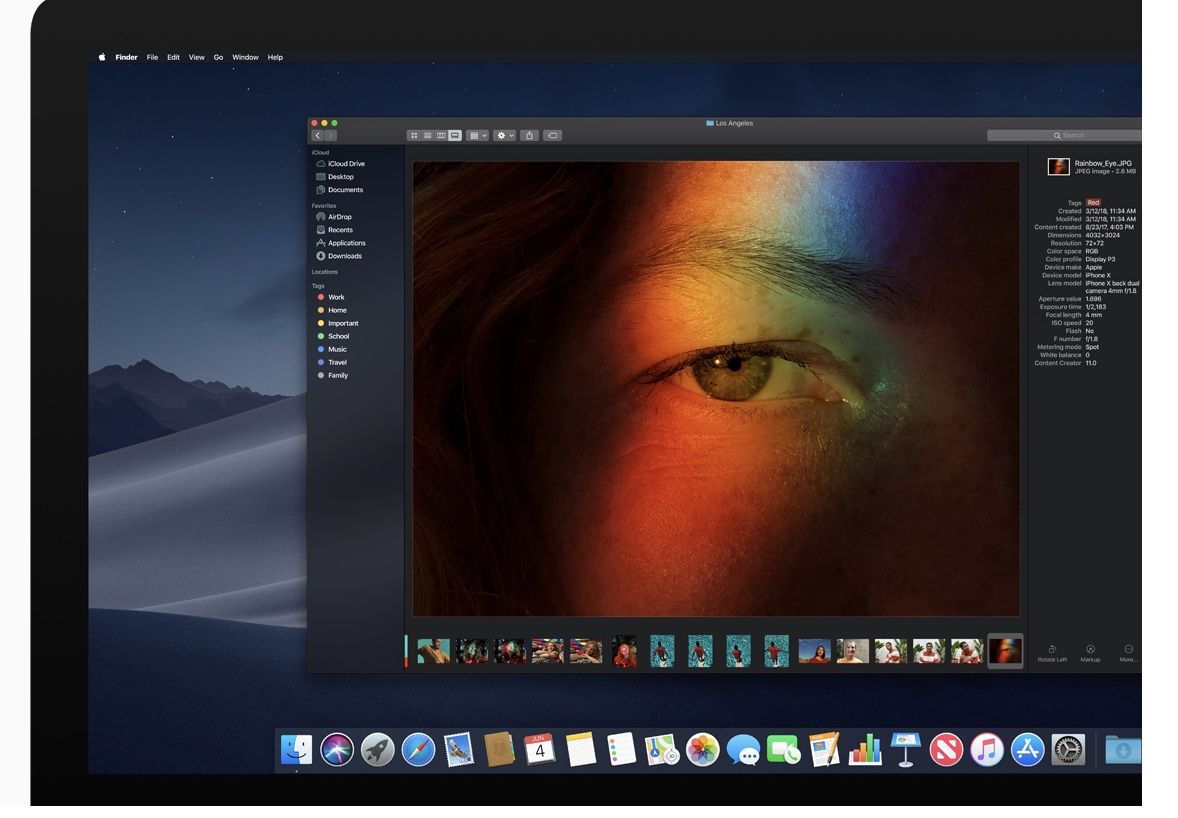 Apple announced macOS Mojave during the keynote address on the first day of its Worldwide Developers Conference (WWDC) in San Jose, California on Monday. The major update includes new features such as Dark Mode, new Mac apps, new features such as Stacks, and a totally revamped Mac App Store.

“macOS Mojave is a major update that introduces powerful new features for a wide range of Mac users, from consumers to pros,” said Craig Federighi, Apple’s senior vice president of Software Engineering. “Dark Mode brings a dramatic new look to macOS that puts your content front and center, familiar iOS apps come to the Mac for the first time and the redesigned Mac App Store makes finding new apps easier and more enjoyable than ever.”
Click to expand...

First of all, Dark Mode is a really striking-looking new feature, whereby your desktop can instantly have a much darker colour scheme, with the controls more to the background and your user content more to the foreground. It’s easy to toggle between the light and dark desktop mode, and apps such as Mail, Messages, Maps, Calendar, and Photos all have their own Dark Mode themes. Dynamic Desktop is another cool new feature that changes the desktop picture according to the time of day.

If you’re a Mac user who can’t seem to keep their desktop tidy then another new feature, Stacks, should help you solve that problem. Stacks is a system that will automatically stack your files into nice tidy groups depending on the file type. You can customise your Stacks and sort them depending on various attributes, such as date and tags.

Finder has also been updated in macOS Mojave with a brand-new Gallery View, where you can look through a visual representation of your files. The Preview Pane will also now show all of a file’s metadata. Another new Finder feature, Quick Actions enables the user to create and password-protect PDFs and also to perform custom Automator Actions directly from Finder.

If you’re someone who’s been wanting to access some of your favourite iOS apps on your Mac, then macOS Mojave is helping you do just that, with News, Stocks, Voice Memos, and Home all now coming to Mac for the first time.

Of course, Group FaceTime, which was announced for iOS, will also be available via macOS Mojave.

And finally for this macOS preview, the Mac App Store has also had a much-needed revamp, identical to that of the iOS App Store.