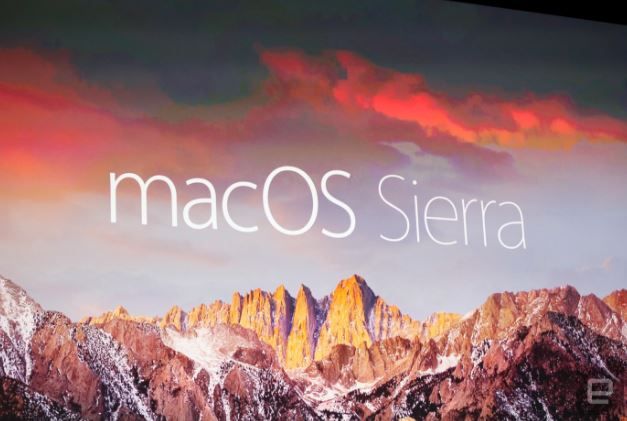 Apple’s senior vice president of software engineering, Craig Federighi, took to the stage at Apple’s WWDC to announce that OS X is now macOS, and that the next update will be macOS Sierra.

Federighi went through eight new features that will be included in Sierra.

First feature up is Auto Unlock. Instead of having to type in your password at the login screen (with Federighi assuming we would all get it wrong a few times!), you simply have to open your Macbook and you are logged on immediately via your Apple Watch.

The next feature, Universal Clipboard, got a big cheer, as it enables you to copy text on iPhone or iPad and then paste it onto your Mac. Very simple, but very handy!

Next Federighi announced that thanks to iCloud Drive, all documents and your Mac desktop would be accessible anywhere. Also, your desktop will be available on other Macs, and on the go on iPhones.

Up next we have Optimize Storage, which is designed to help you make room for all your files by keeping older ones in the cloud. It also makes it easier to get rid of files you’ll never use again, such as Trash. There’s a simple user interface to help you do this. Time for a quick demo, where Federighi showed how to use Optimize Storage to turn 20GB to space to 150GB.

Apple Pay is another heavily touted new feature, with Apple Pay on the web. When shopping online there will be a pay with Apple Pay button to use, and you use your Apple Watch or iPhone Touch ID to pay.

Some changes to Tabs and the new Picture in Picture look very cool, especially the latter, which you can move around the screen.

And finally, saving the best for last, Siri comes to the Mac, sitting right there in the dock. Federighi asks Siri how she likes being on Mac, and she says she likes it, and “No complaint about the lack of Windows!”

Federighi shows how Siri can do much more than even on iOS, with sophisticated file queries and follow on, getting even more specific. You can also pin the result, search the web, get Siri to send messages, find movies, buy tickets. The possibilities for procrastination look endless, what have you done, Apple!?

Sierra is available to developers today, with the public beta starting in July. Out in the fall.

Saw this coming from a mile away.
You must log in or register to reply here.

iOS 8.1 Brings Apple Pay to iPhone 6 and iPhone 6 Plus on Monday