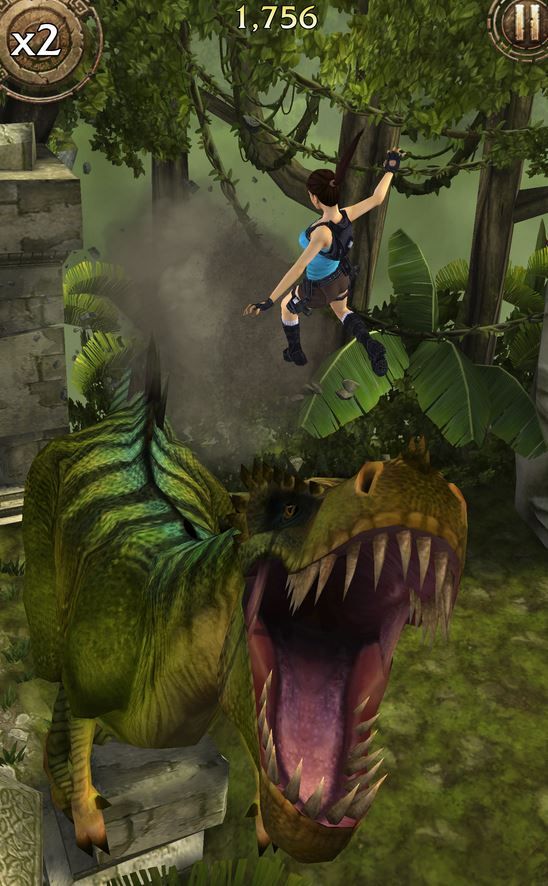 The free-to-play game is the creation of Square Enix and Simutronics, in partnership with Crystal Dynamics. The storyline sees Lara Croft running, swinging, driving, and swan-diving her way around jungle temples and desert ruins in a bid to unearth the truth behind a shadowy worldwide conspiracy.

Gameplay is much more varied than the average endless runner, complete with parkour moves that let Lara switch seamlessly between fast-paced vehicles, combat, and epic boss battles, including the iconic Tomb Raider T-Rex.

The game offers players a fresh experience every time, with not two runs being the same, and multiple routes and hidden areas to be discovered. You can also play against others and compete for high scores, coins, and distance, as well as collecting clues and ancient relics.

You can even send Curses to your friends in a sneaky bid to foil their own runs!

Well worth downloading, especially if you’re a Tomb Raider fan, of course!

Can we get a link to the download?
You must log in or register to reply here.