iPhone4S resets when going out of standby mode

Fault Description
----------------------
The iPhone tends to reset when it's going out of standby mode; Meaning I'm pushing the home button to wake it up, and then either nothing happen, and the apple appears after two seconds, or the lock screen appear, then it becomes garbled and a few seconds later the apple appears.
To bring the iPhone back to life, I have to perform hard reset.
This phenomena doesn't appear every time, but many times throughout the day.
Important note: If iPhone is connected to the power supply, this never happens!
(And that's why I deduce this is some hardware/electric failure, and is not related to software).

More information: Sometimes the iPhone gets into a loop of reset, and eventually a message appears on the apple screen. I attach the message picture.

I've been suffering from this for quite some time now, I will be glad to hear your view on this failure.

Thanks in advance for anyone who reads and/or comments... 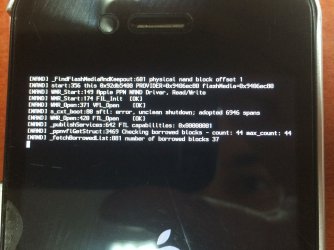 If you can back your phone up, do so. If you have any kind of warranty (maybe insurance from your mobile provider) make use of it. I'm not certain as I'm not an Apple specialist, but I think that unclean shutdown means you have a hardware error as something that was expected to send a 'I'm turning off now' protocol has not done so.

Z
Small delay when coming out of standby