iPhone 7 Teardowns Reveal Many Secrets About the New iPhones 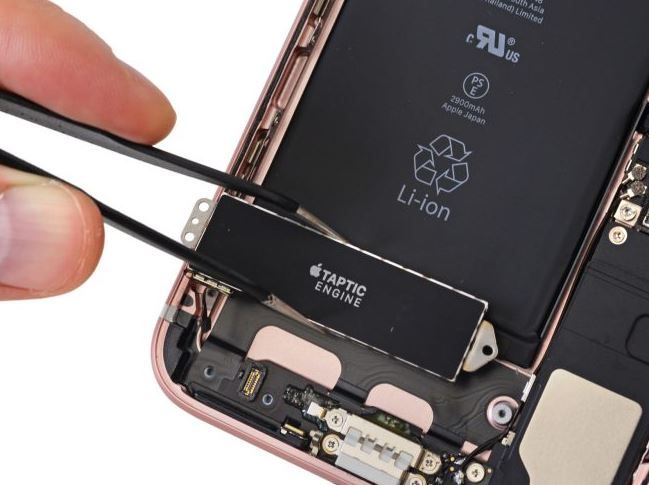 iFixit has carried out its usual detailed teardown of the latest iPhones, reports 9to5 Mac, kicking off by revealing that the basic mechanics of the actual teardown process itself its similar to previous versions, with Apple still using Pentalobe screws in the build. One notable change is that the iPhone 7 Plus now opens to the side when the display is removed, which iFixit thinks could have something to do with the new water resistance.

As far as the removal of the headphone jack is concerned, the Taptic Engine fills most of the newly freed-up space, and the rest of the space, as The Verge discovered, is taken up by a barometric vent that Apple explains is used to provide space for the barometer, which is the device in the phone that measures altitude. In fact, the iPhone 7 and iPhone 7 Plus barometer is so accurate that it can even measure how many flights of stairs you have climbed. The barometric space is required because of the new phone’s increased waterproofing that makes it more of a sealed box, and thus, the barometer needs a little more room to breathe to compensate.

iFixit praises the new dual-cameras in the iPhone 7 Plus, which it says “almost make it worth the bigger exterior camera bump.” The new dual-cameras are build into the phone’s chassis, primarily for the purpose of water- and dust-proofing.

The teardown also reveals 3GB of LPDDR4RAM to go with the A10 Fusion processor.

A separate teardown from ChipWorks found that some of the iPhone 7 models have several Intel parts, including Intel modems, two Intel transceivers, and Intel power-management ICs.

Apple put a barometric vent in the space where the iPhone 7 headphone jack would have been
You must log in or register to reply here.

iFixit Is Already Tearing Down the iPhone 5