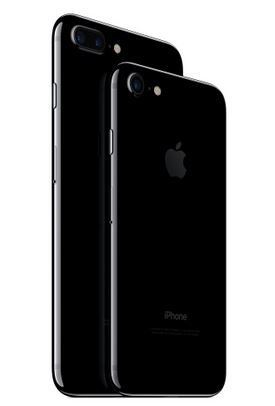 Recode writes that the new Intel modem chip that Apple has used in the iPhone 7 and iPhone 7 Plus is unable to be used on Sprint and Verizon networks as it does not support the CDMA standard that those two carriers still use. This means that Apple has had to create separate iPhone 7 and iPhone 7 Plus units to use on Sprint and Verizon that exclusively use the Qualcomm modem chip that is still compatible with their network.

In contrast, either Intel or Qualcomm modem chips can be used in the AT&T and T-Mobile GSM iPhone 7 units, and with lots of other carriers around the world.

Recode says that insider sources and outsiders agree that Apple’s wanting to ensure that it has more than one supplier for any of its components, i.e., modems, in this instance, is most likely the sole reason for having two versions of the new iPhone.

While this works well for both Intel and Apple, it does mean that once you’re committed to a particular carrier, you’ll have to stick with them as long as you use that particular phone. When your Sprint contract runs out, you won’t be able to then start using your old iPhone 7 on AT&T or T-Mobile, for example.

Source: Apple created extra versions of the iPhone 7 in order to make room for an Intel chip
You must log in or register to reply here.