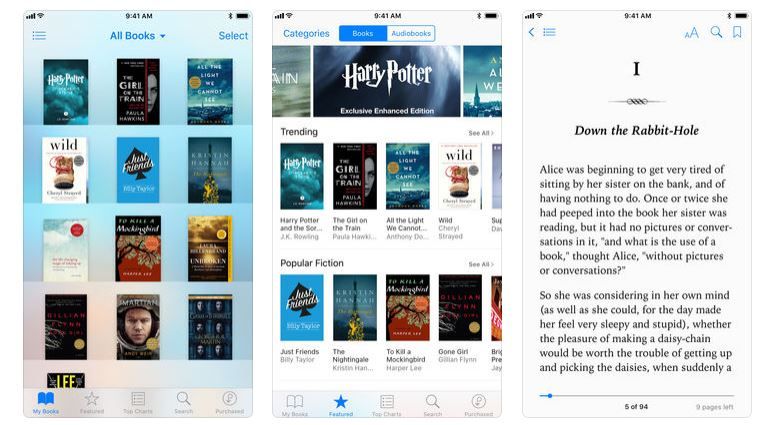 According to an exclusive scoop from Bloomberg today, Apple is set to comprehensively revamp iBooks, and has even roped in a former Amazon and Barnes & Noble executive to help with the redesign.

The new version of the app, which will be named “Books” rather than “iBooks,” will be released in the next few months, and will have a more simple, basic interface that puts more focus on books that are currently being read. The digital book store will also have a new design that makes it look much more like the recently redesigned App Store.

The new version of the app is currently in the testing phase, and features a new section called Reading Now, as well as a tab specifically for audio books.

We already know that part of this story from Bloomberg is confirmed as fact because the recently released iOS 11.3 beta code revealed that the apps is indeed now called “Books” instead of “iBooks.”

As Bloomberg notes, this represents the biggest upgrade to Apple’s e-books platform for quite some time, and sees the company renewing its bid to challenge Amazon’s vice-like grip on the market.

Source: Apple’s Getting Back Into the E-Books Fight Against Amazon

I'm worried. The App Store has lost much of its usefulness for me (extremely difficult to find useful apps and relevant reviews) and I use the iBooks app and store all the time to buy and read new books.
You must log in or register to reply here.

iBooks Updated to Include Collections and Illustrated Books